Starting on this one:

-Kelbly's Varminter stock, double ugly terra cotta molded in color....we'll deal with that issue later. It was in stock at PMA Tool and that tipped the scale.

-I've been looking for a chance to try one of Wilson's 7/8 threaded f.l. bushing dies, so it got the nod along with the Wilson arbor press seater.

Finishing bedding and some tweaking on a little Interarms Mini Mark X right now . Should have that completed by early next week and then I'll get after this one. 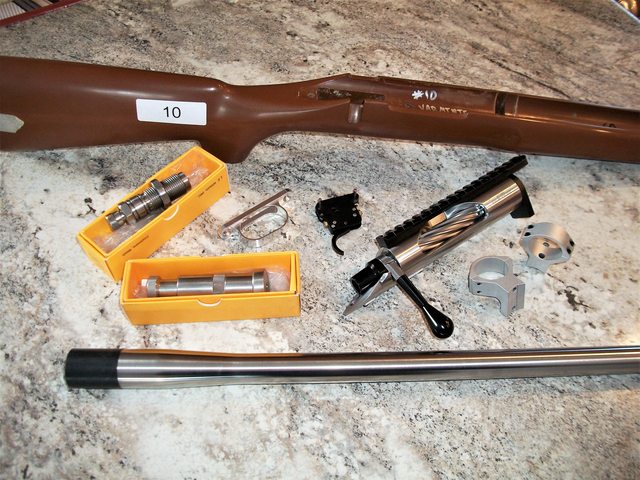 looking forward to following this.
B

I stumbled onto this Interarms Mini Mark X in 223 the other day and couldn't say no. It had some little issues that I've already addressed (extractor hitting the back of the barrel and a tweaked bolt guide rib). Plus it had a nice Nikon 3-9 on it.

I actually have a 1-7" 22br barrel set up as a trainer for my FTR panda. Local regs say we can only "hunt" (or shoot out on public land) with .224 or smaller outside of big game hunting seasons. Haven't had a chance to play with it yet, but I bet it will be imporessive with 88's.
B

My only 22BR is a Heavy Krieger of all fucking things,2-ounce S/S Shilen in a KRG and 5-20MQ Illumination.

With the stock work done, and it off taking a 'dip' , it was a good time to bed the 30mm Talley LW's to the receiver for 100% contact. 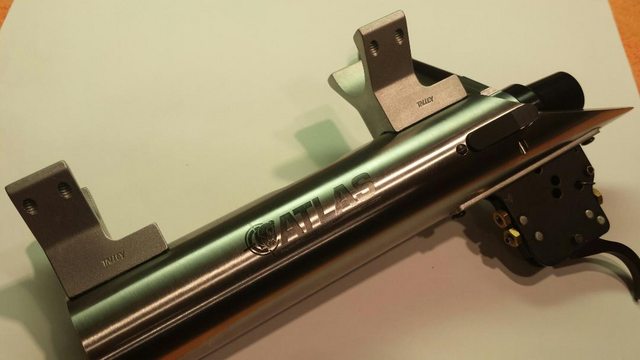 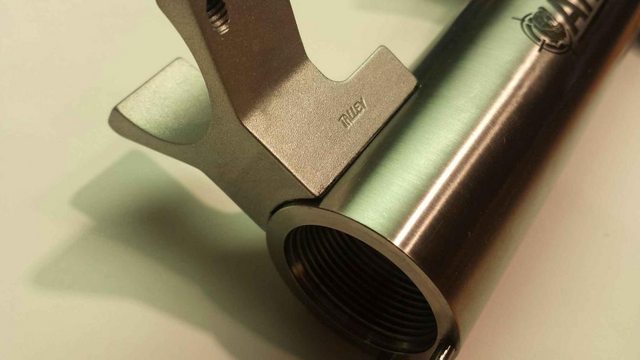 Like the monkey said when he got his tail caught in a lawn mower: "It won't be long, now!"
B

Reminds me that I have a "flat top" MacaMillion HV stock laying in wait,that needs carved out for something.

Stock is dipped, getting clear coated and will be back in my sod hut on the prairie Wednesday.

Hope to be testing in a few days. -Al 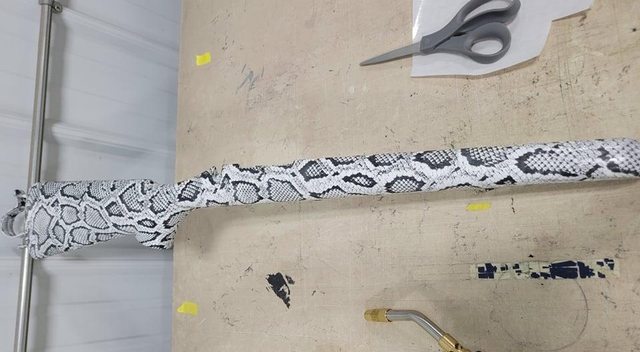 I've heard of snow snakes before, but I've never seen one. I'm guessing that stock must be what they look like. 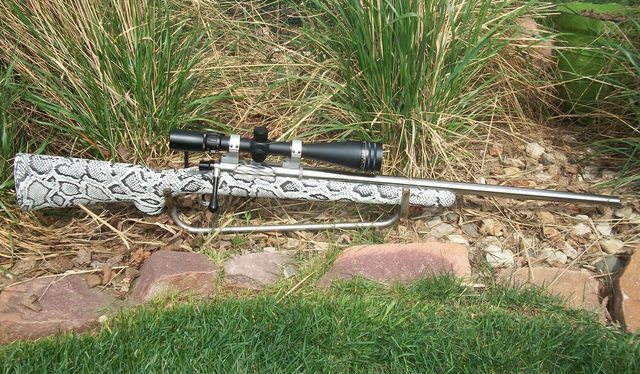 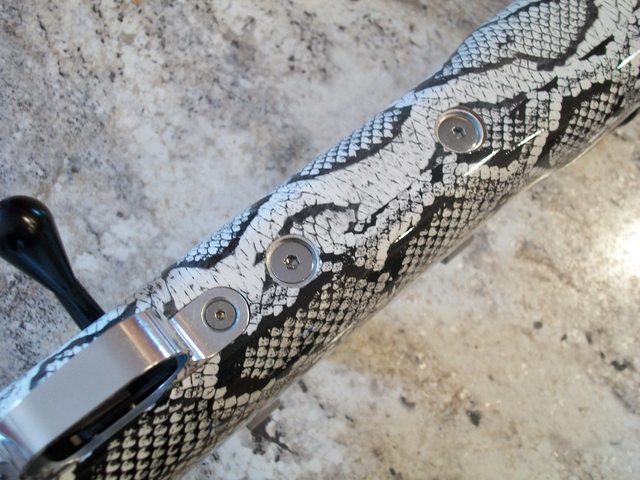 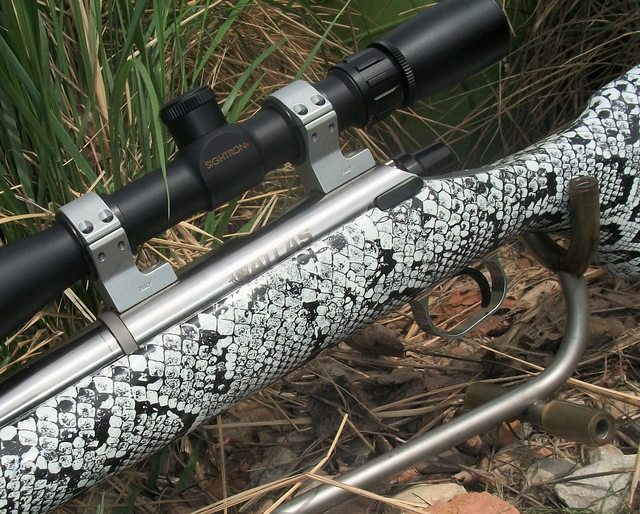 Here's the inspiration for the stock work...the infamous RFD Red Hammer Gun that I was fortunate to own and be involved with, along with the late Stan Ware and Randy 'R.G.' Robinett.

It's unfortunate that Precision Shooting Magazine is no more, as that gun is worthy of an entire article on it's star crossed history, the 'Incident At Holmen' that gave it it's name, it's sale, resurrection, it's ultimate place in the winners circle and finally....like an episode of 'Lassie Come Home'.... it's final journey back to it's original owner, Randy Robinett. 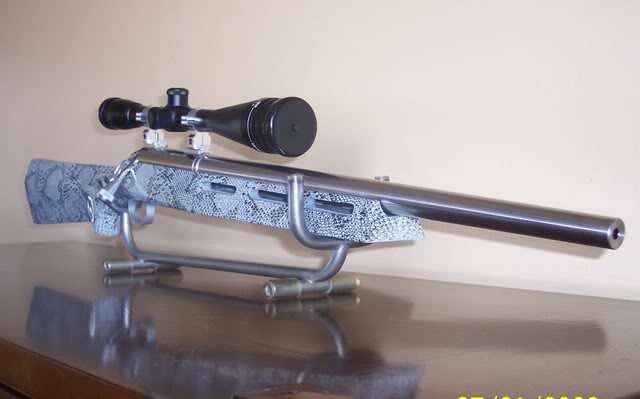 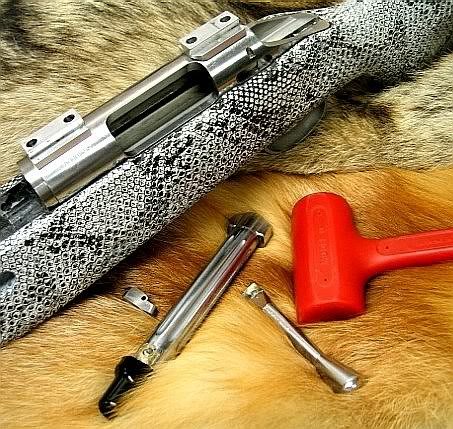 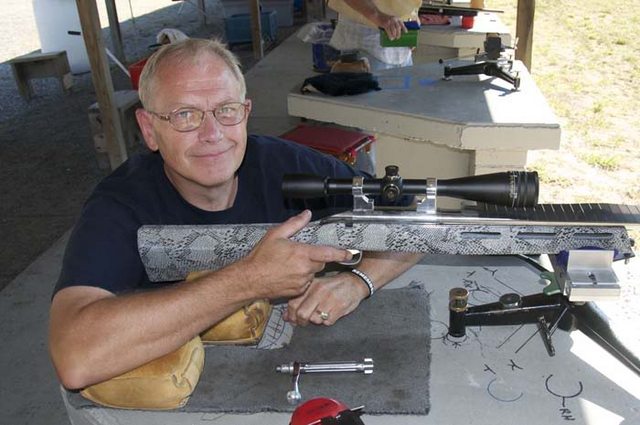 Yeah, Stan and I broke all the rules with that one. We actually did the inital sketches and case capacity extrapolation while on vacation with our wives in the Black Hills. By the time we got back home, we had a plan on how we wanted to proceed. I furnished a Lilja 3 groove that was over it's prime as a test chamber barrel for Stan to continue running our 30BR reamer in a bit longer, fit the barrel up to his Panda, fire it, check the case capacity and repeat until it held 45.5 of water for Hunter/HBR class rules. When we got there, it had an .085 long neck.. Lots more to the story, for sure.

Mine was the first one...a Kostyshyn 4 groove 1:17. It shot like the Hammers Of Hell right from the start...this is a 5 shot group at 100 yds. I fired the first time out with it with my handmade 'Dakota B1' 117 gr. bullets, along with the case prep sequence from virgin Lapua 6BR to f-formed .30 WolfPup: 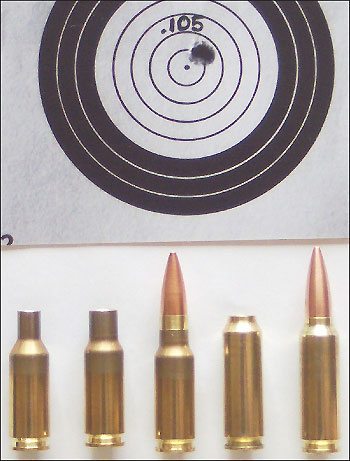 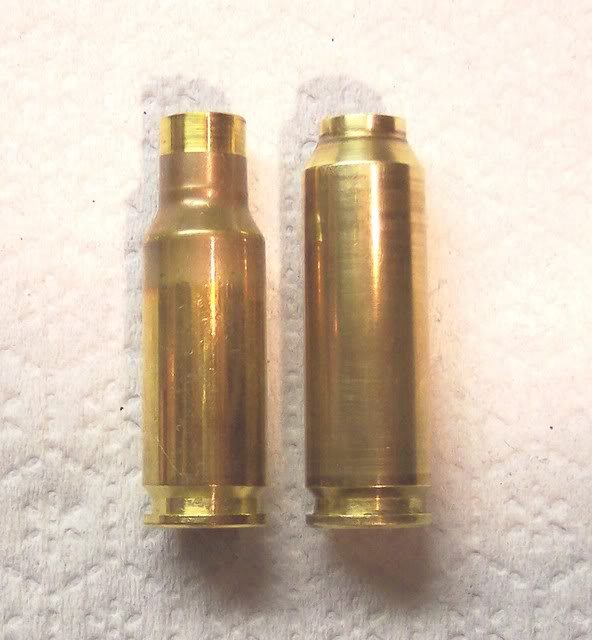 Good stuff and I remember.

No surprises and everything performed as expected. With the barrel break-in 'break-in' done, the copper was gone in two shots. Fair amount of L-R push and the mirage would flip before the flags moved, even with push, so you had to be careful....pretty normal for my home range, though. A little run-boil-run caught me a bit late on the trigger and added probably .025 or so of vertical to this one.....aaarrrggghhh. 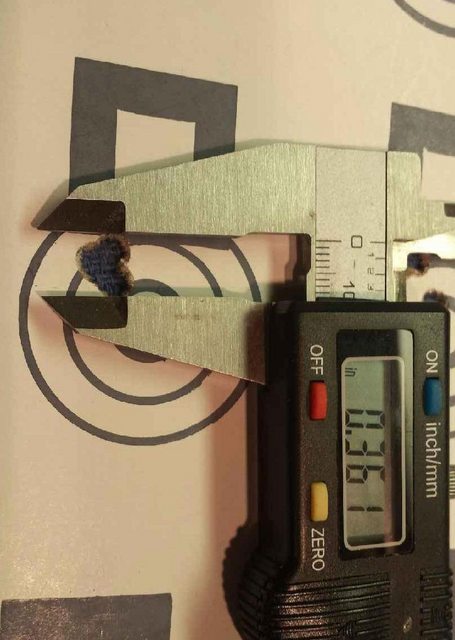 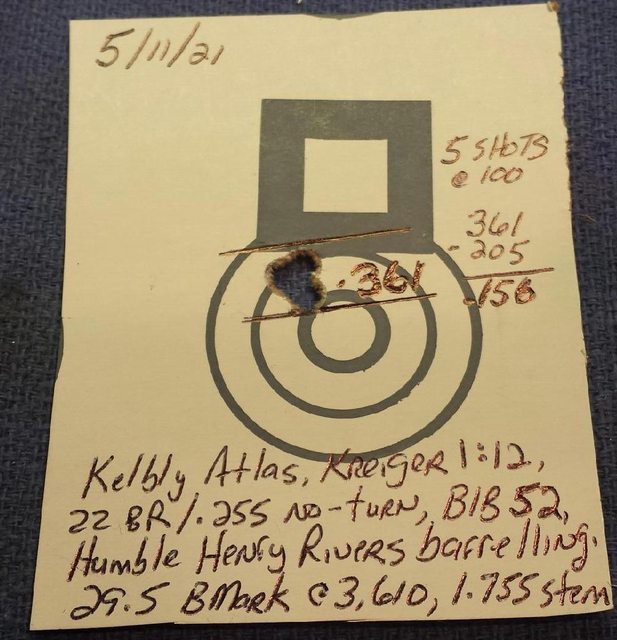 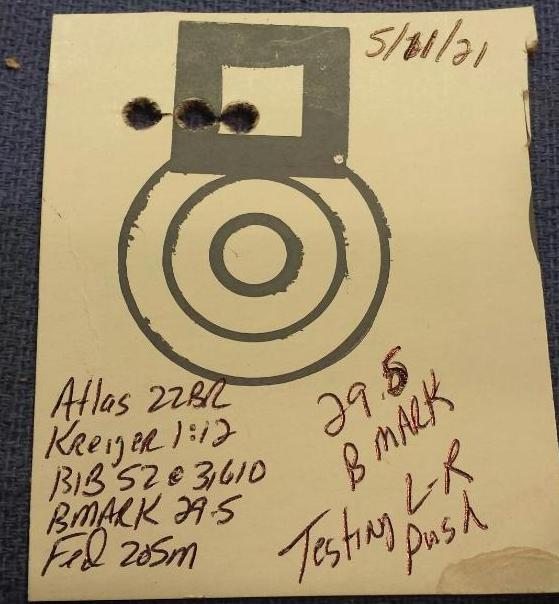 nice- really makes me want to get mine up and running.
B

If there were Paper Sports here,I'd certainly play...but alotta what I do is UKD Hasty MPAJ.