great thread for those of us learning the lenses........
M

I'd be interested in what made you go r6 over r5 as well?
B 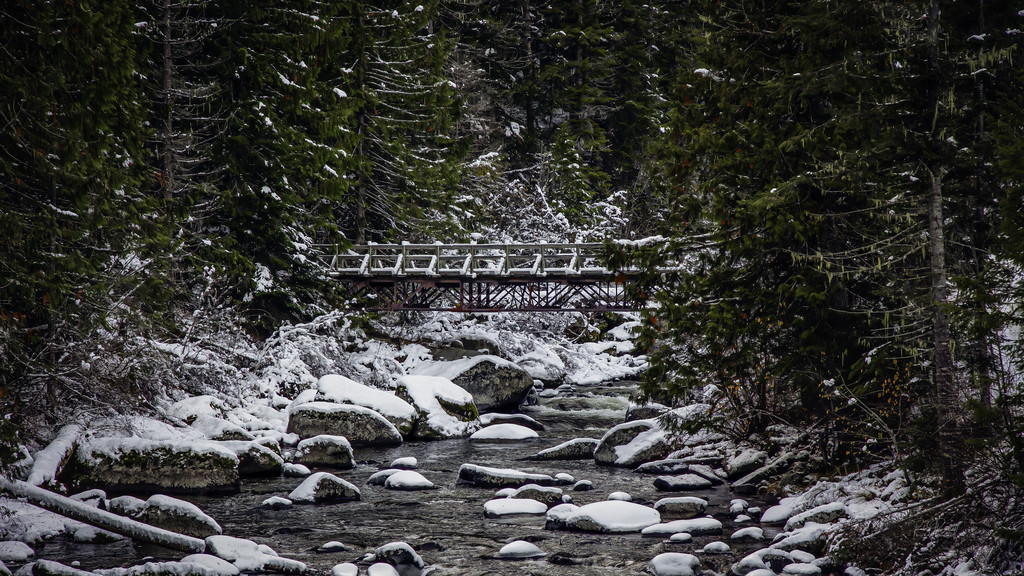 cwh said:
Looks like I tried to talk you into shooting a 3X3, which is becoming a trend
Click to expand...

He was back, again, this morning. Here's a better look at those brow tines: 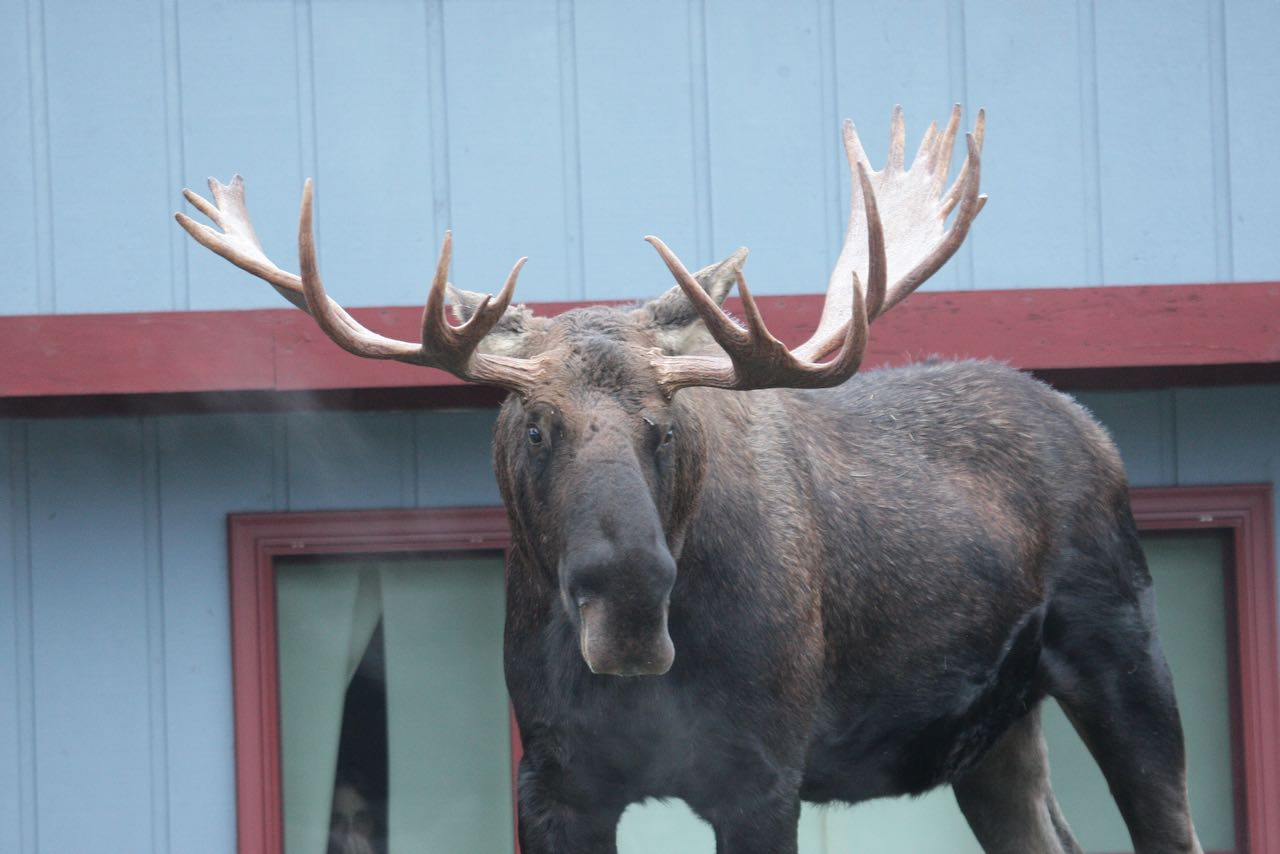 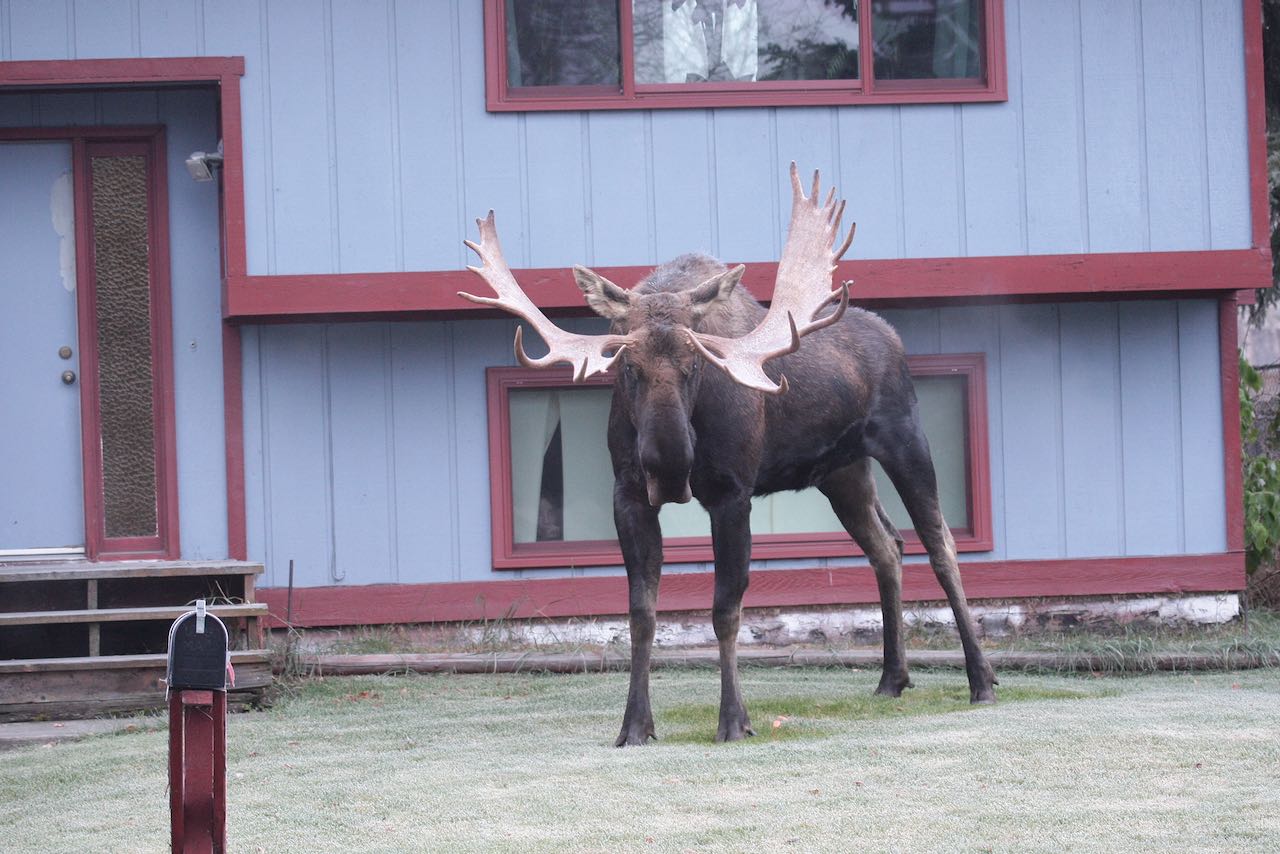 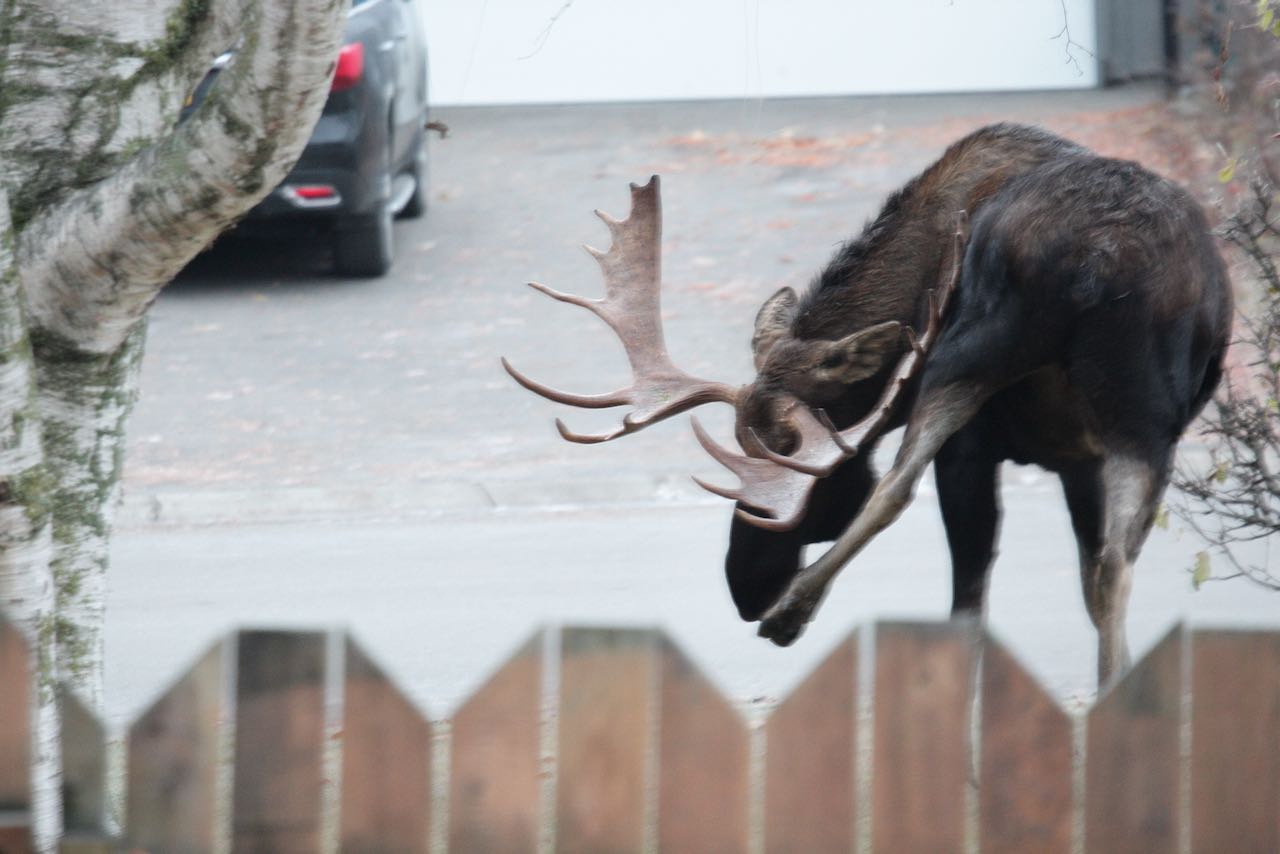 I think he's 4 x 3, and legal all day long....aside from being out of season, and within city limits, but a guy can't have everything.

He does pose for nice pictures, though. 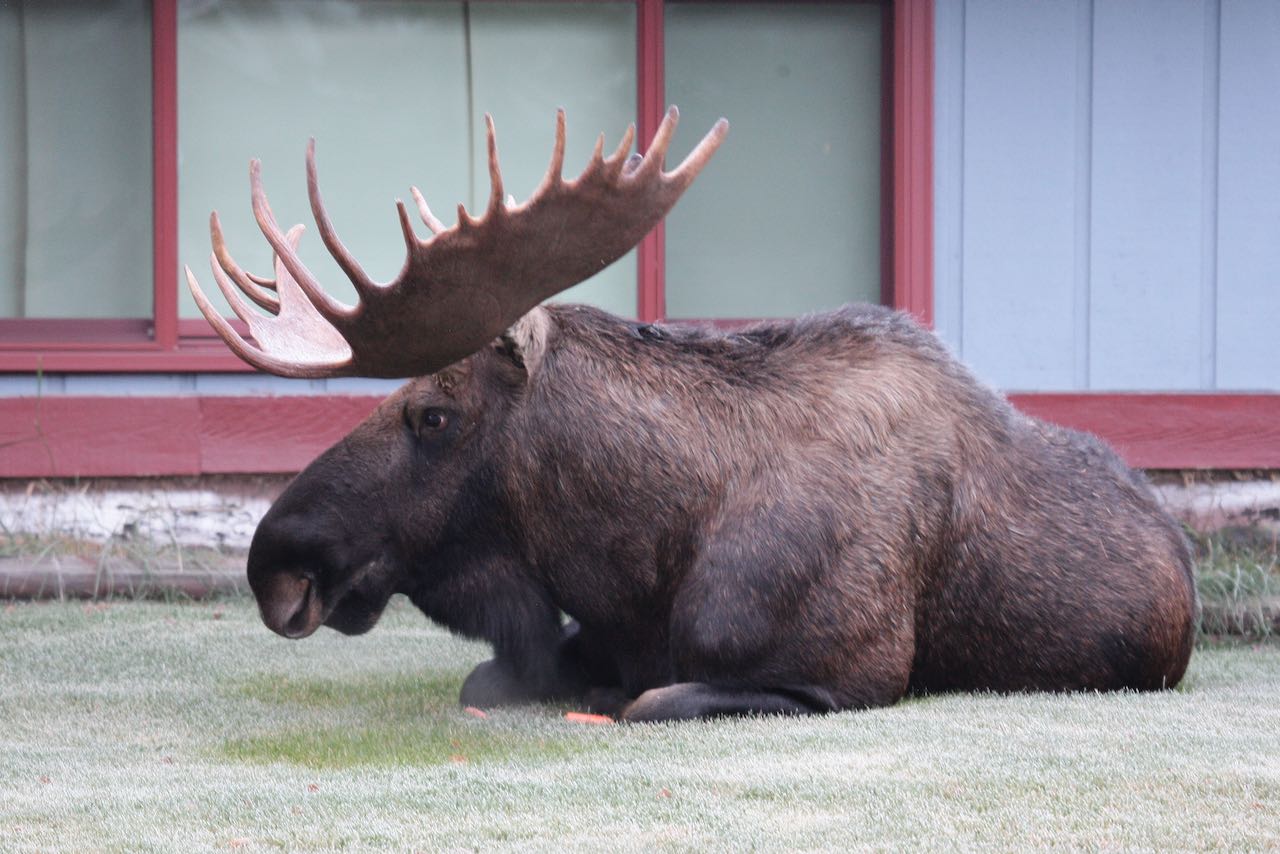 cool pics of the lad there Dan. Can you share the settings for us rookie shutterbugs?

Also curious if you fellers shoot in jpg or RAW?

Tillerjunkey said:
cool pics of the lad there Dan. Can you share the settings for us rookie shutterbugs?

Also curious if you fellers shoot in jpg or RAW?
Click to expand...

These were taken in the morning, not too long after first light. I pumped the ISO up to 2000, opened the aperture as wide as it would go (4.5 - 5.6 for this lens). The camera figured out the rest. The shutter speeds were 1/15 of a second, so I used my fence as a rest to take the shots.

As a rule, I've been leaving this camera set with a +1.3 exposure correction. I'm still figuring things out, myself, so I'm not why I need to keep doing this. Maybe there are other settings I can tweak? Not sure.

I shoot in jpg, because I haven't the software or the skills to tweak RAW photos. None of the photos I posted are tweaked, after the fact. I'm still figuring things out. I am ordering some more CF cards, so I can shoot in both formats, simultaneously, just so I can start playing with RAW images, yet still have familiar copies.

I have my eye on a new 27" iMac to replace my 10-year-old 21.5" iMac. The old one refuses to die, which is impressive, but it's getting to the end of it useful life. I can't avoid software upgrades much longer, and the new updates won't run on its old hardware. Time for a new machine, and I'll probably spring for some more capable photo and video editing software applications while I'm at it.

What's the preferred RAW imaging software? Is Aperture still a viable choice? I'd like to avoid Adobe, if I can, now that they've moved to a monthly subscription. Screw that! I don't use it often enough to warrant a monthly software payment.

Dan In Alaska said:
Is Aperture still a viable choice?
Click to expand...

I shot in both formats for a bit, but I gave up pretty quick. I'm lucky if I can look at all the pictures I take, zero chance I'm going to track back through multiple formats. There was very little benefit, and I hate photo editing more than anything except video editing. If I get a shot that needs edited, I throw it away and maybe try again. But I don't make money off pictures either, and never will.

The exposure compensation is interesting. Did you start with default settings for everything else? When you chimp the shots, does the camera think some parts are overexposed? That was always the culprit for me, but I have always been able to lock exposure and do ok. If you want to borrow my 1d2 (and for that matter, the 100-400) to compare with your body/lens, let me know.

Regardless, cool pics and its nice to have a subject available. I wouldn't want to get in an argument with a trooper about whether that 4th point (ain't that a guy here?) on the right is actually part of the brow palm or not. There was specific guidance in the regs about that, and this one is about as gray as it gets. What is your guess on width? I go back and forth, but he lays out so flat I'm pretty sure he's low/mid 50's. Put a tape on him would ya?

ETA: Your neighbors looking out the window are hilarious.
T

Not sure what software is best for raw photos. I just noticed my camera was set to it today. lol

I switched it to jpeg since I am not an editor or have software to modify em but I am watching and learning. Purty fun stuff really.....
H

i still have lightroom 6 or 7 on our macbook that I use. Raw only for me when I shoot.
B

Where are you metering in the frame and with what meter setting?

I just checked, and the metering mode is set to Evaluative. I thought it was on center-weighted, because it's the same icon as the Nikon's center-weighted mode.

I have been using the center of the frame for metering...half-click on the shutter, then reposition and * focus button.

That's how I tend to default,unless lighting is really tough/contrasted and then I'll Spot Meter in the same fashion.

If the camera is happiest and you're happiest with the slight Exposure Compensation you stated,then simply roll in accords. It's easy to control and keep track of that,because the info is literally staring at you in (3) places via viewfinder,upper LCD display at shutter button and rear full screen LCD.

I don't know much about taking pics...but I sure do enjoy the ones you guys share...
T

never realized its complications until I clicked on one.
B

It's no big thang,once you give things a thunk.

Thoughts on this lens for simple stuff and maybe some night shots?

I don't have any experience with the 24mm, but the 50mm is a pretty decent lens for the money. It's a faster lens, as well, so I it should work even better in low light.
Link

The 50mm has an EF mount, versus the EFS mount the 24mm, so it has better versatility on different bodies.
B

Tillerjunkey said:
Thoughts on this lens for simple stuff and maybe some night shots?

Just a T7 as I learn the shutter
B

I'd wanna shoot real glass on it,to pave the road post T7...so nothing thus far listed would excite me.

The Rokinon/samyang 14mm 2.8 is a decent place to start if you want to do night shots. It's something that is fun to do and that lens will cover you unless you get heavy into astro. 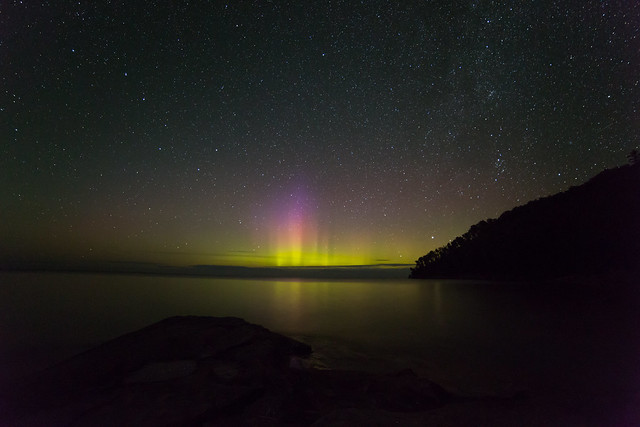 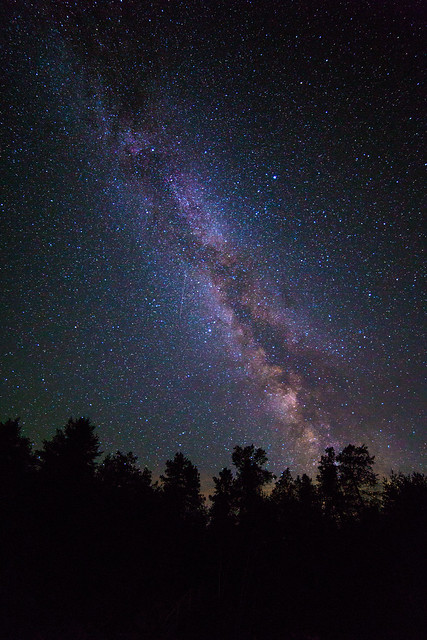 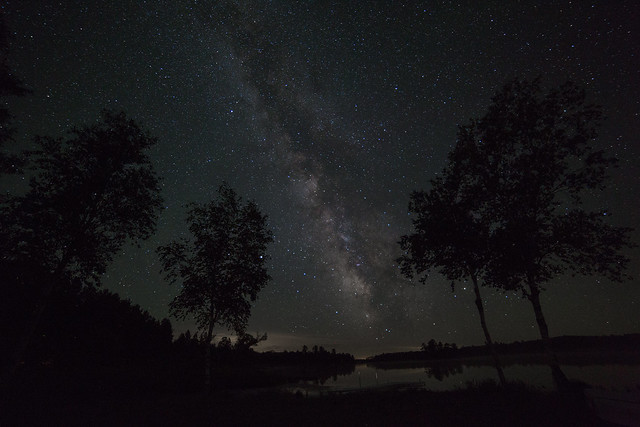 No real budget Stick, just wanna upgrade from the kit lenses to something worth hanging onto the next upgrade whenever that happens
T

Tillerjunkey said:
No real budget Stick, just wanna upgrade from the kit lenses to something worth hanging onto the next upgrade whenever that happens
Click to expand...

I'd not wanna give AF away and one could make a case for a decent tripod and head. 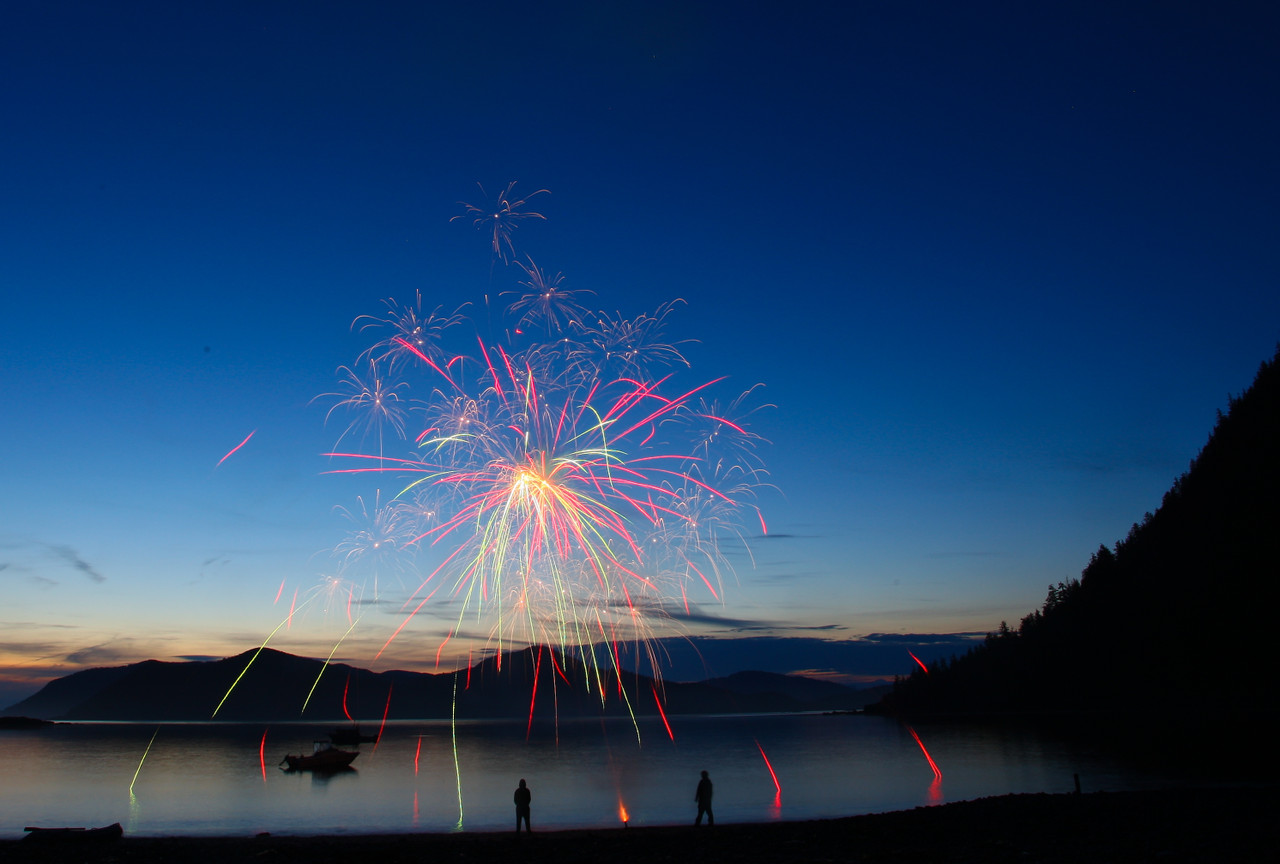 But I'm not a Fish Eye Guy,though I do like catchlight. 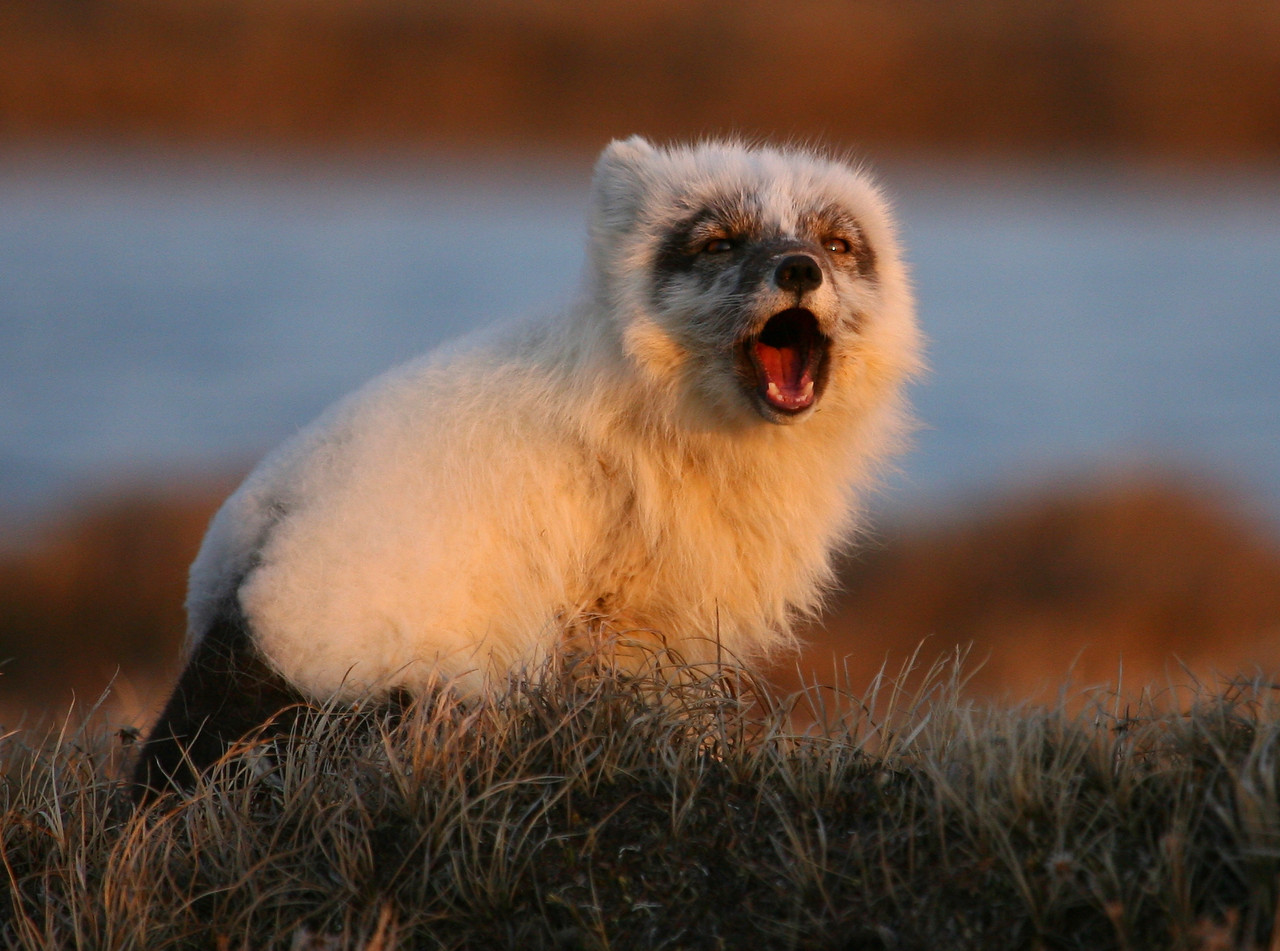 And it's long humored me,to put me in the eye of Critters. 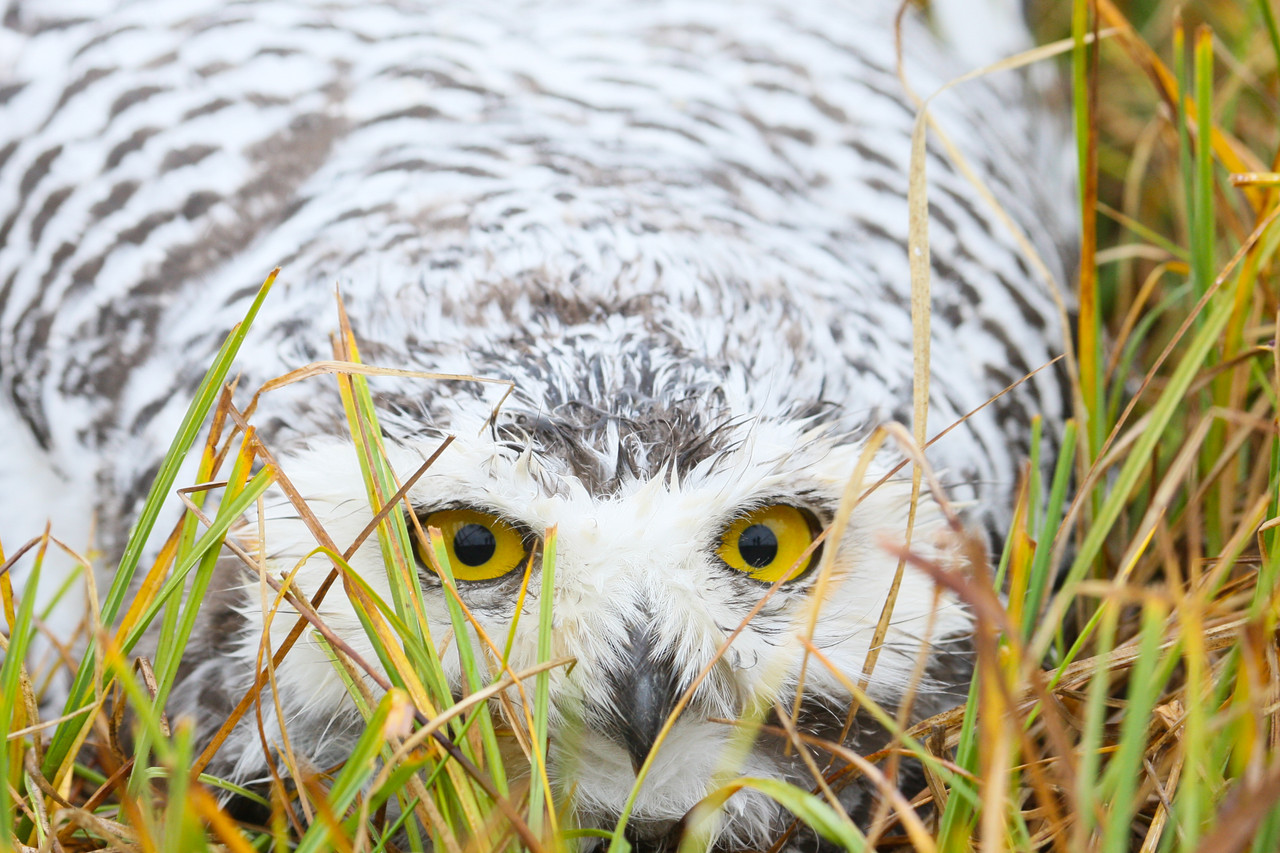 No matter whatcha' already have,this would rate a thunk in my book.

Thanks Stick - checking them out. Cool pics. Hard to argue when the eyes are upon you
B

Trying to get BabyMan loaded up in the crummy and catch some nice light,before this next weather change. 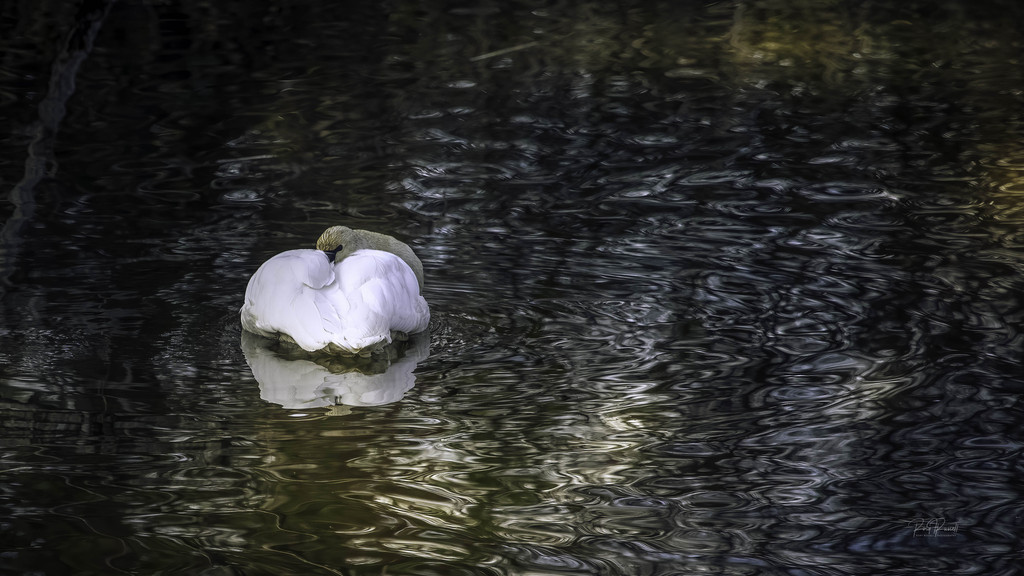 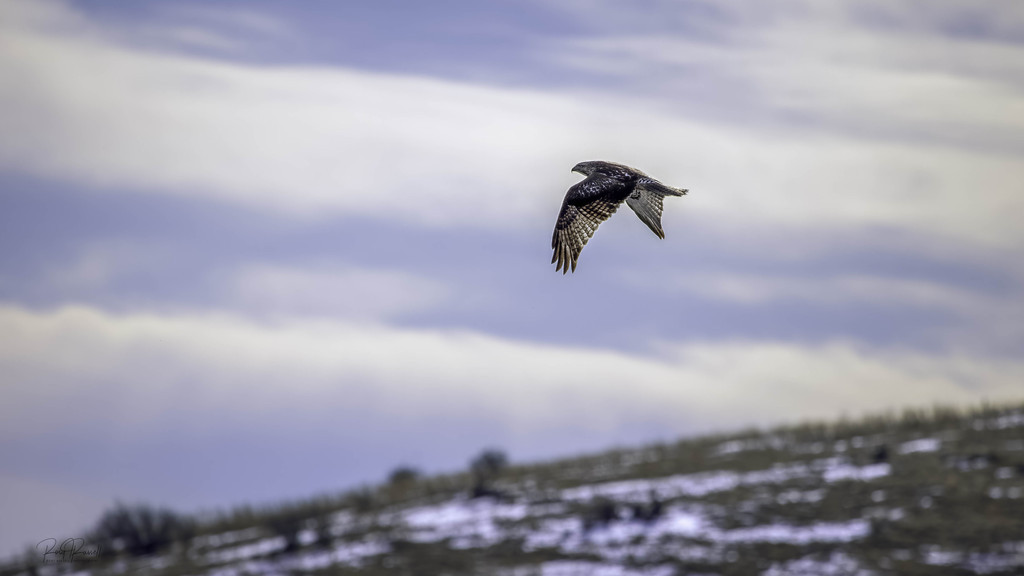 That is awesome.
T

You peoples are a damn wealth of knowledge. Been spending so much time on the KEH site that I bet the amazon bitches are envious. Also found a poor bastard struggling with COVID shutdowns last weekend and he off'd his 100-400 for a buck a mm to me. Didnt really want to lug this anchor around but the price was right.

Also finding this site a fun place to check shit out.

shit I dont need but I am buying anyhow

This shutter thing is kinda fun so far.
Reactions: wireman
B 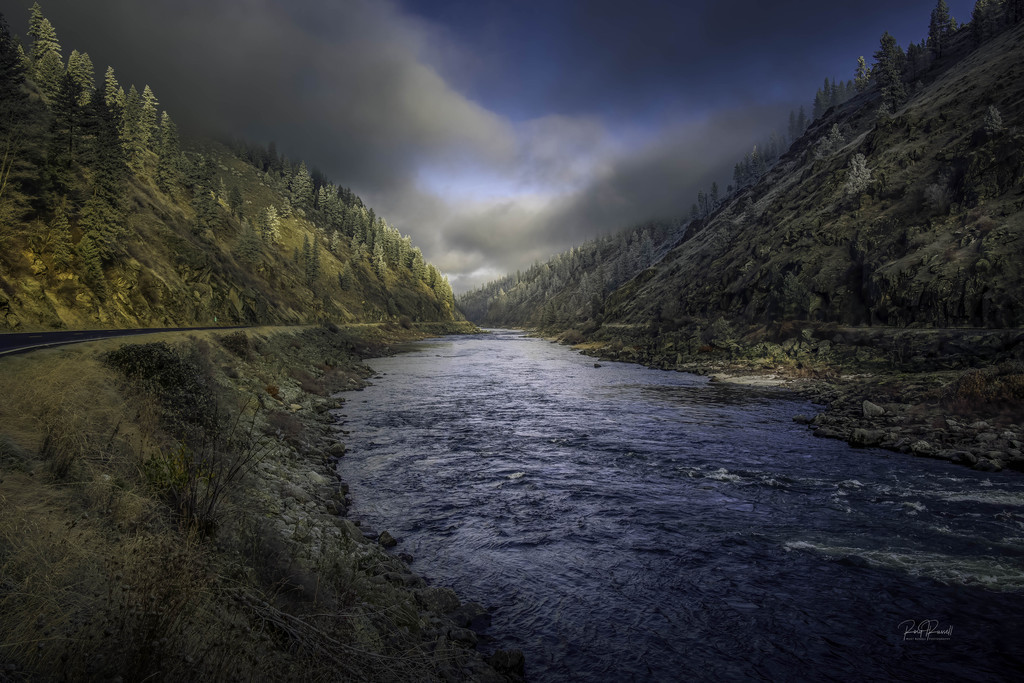 Heading out hunting with Tom and the Grandson and Had to stop for this.
Black and white came out pretty good too.
D

wireman said:
Heading out hunting with Tom and the Grandson and Had to stop for this.
Black and white came out pretty good too.
Click to expand...

I was pleasantly surprised 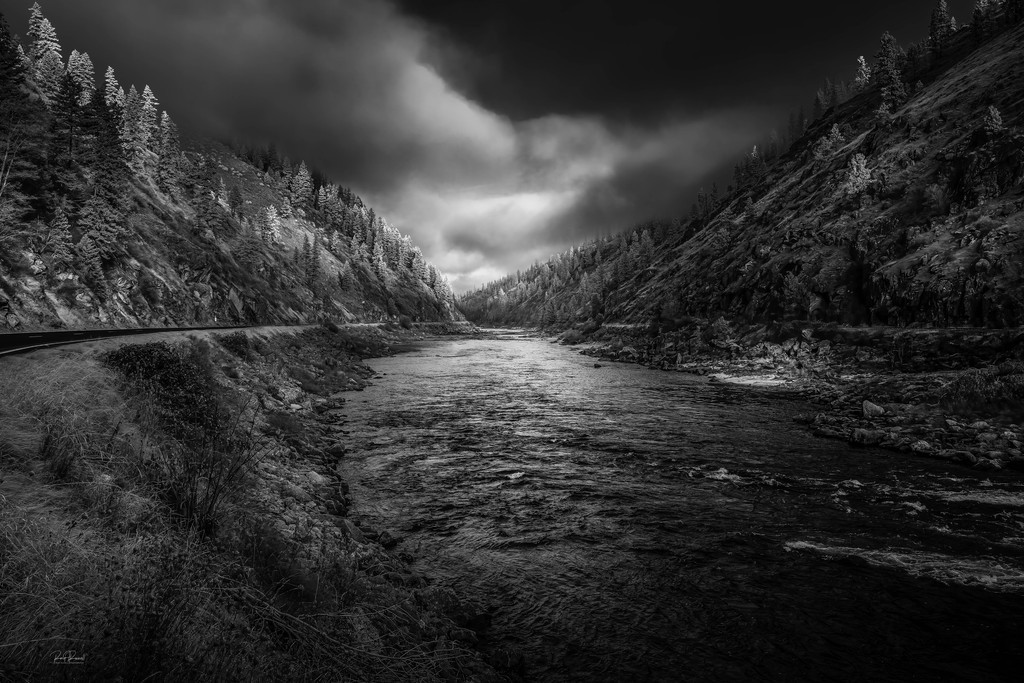 EOS R6 with 100-400 trombone. Shooting almost directly into the sun.
I think the 1d4 is ready for a new home 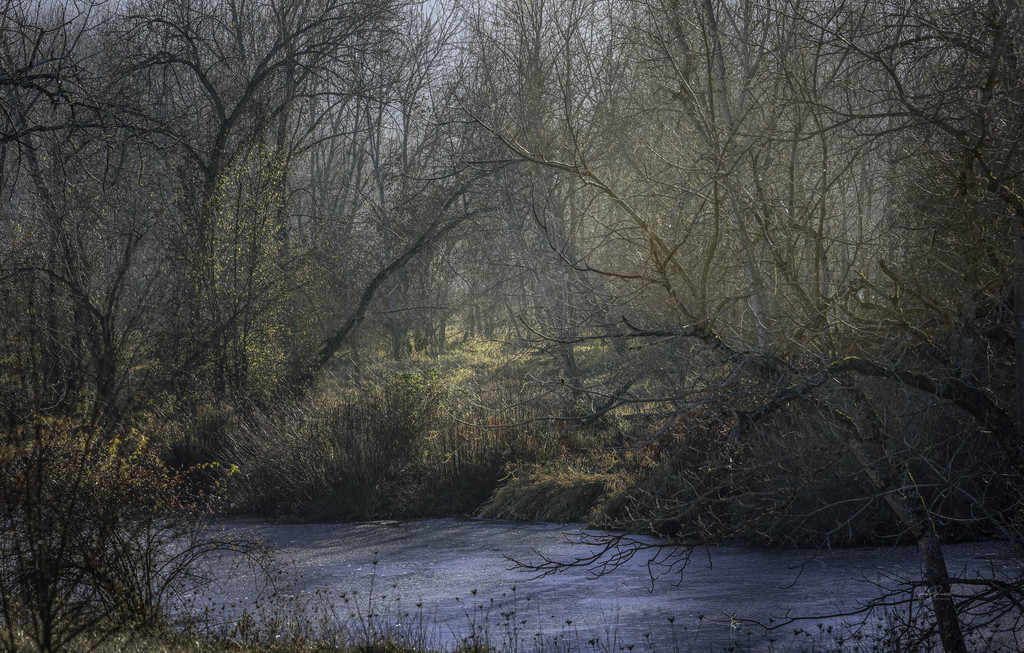 blink and a month goes by. Ended up lugging that 100-400 bitch up the sides of a hill a few times only to leave it in the bag and use the 50mm instead. Learned I prefer wider cool things than honed in beaks and what not so selling it to a friend who is more into flying stuff than me. I did pick up a Rokinon 14mm after a neighbor let me play with it. He is into R lenses now so I ended up giving him 170 for it and have to admit, it takes some pretty dang wicked cool shots.

More I learn about the availability and flexibility of EF lens and Canon support, the less of a sony fan I am becoming. Was thinking of an A7iii to expand into but now I have the Canon's only as they just seem to do things right
B

I hear ya on the 17-40. Found one in new shape and the dude was reasonable so picking up next week. After playing side by side with the 18-55 there simply was no comparison in the clarity and sharpness. Another guy messaged me on the 16-35 but the price difference is bigger than my skillset can justify right now.


Have a hunch I will regret selling the 100-400, but in time once I go full frame will find another newer version that isnt so slow of a lens.
B

The 100-400 V2 has some optical/mechanical advantages,but The Trombone is soooooo fast to actuate and is missed.