Anyone dealt with them?

Don't see how a feller could go too wrong there I guess. I snagged one, and some rogers stocks for under $13. They still have several kits for $250ish. KITS

Should add, I haven't got my shit yet (they said to expect 7-14 days to ship, given black friday and all). But shipping was 7.99 each time. Guess I wouldn't blame them if they called and asked for more money, but it hasn't happened yet.
C

Fuck do i hate a phone. The shit showed up when they said it would and was as advertised. Built a complete ar minus optics and magazines for 279. Tough to hate that.

Ill do business with them again, and soon.
B

Seemed like a Peezer Bolt Up Evening,here a few minutes ago.

Pard wanted a light-ish Woof Knocker and the ubiquitous Peezer 18" Rifle Gas S/S Wylde FF Bitch,yet again got the nod. I was purty good on Romeo 5's and after finger fucking one upon a Peezer dedicated 22LR build,he had to follow suit,so I coughed one up and a trigger too(JMT Saber)...................... 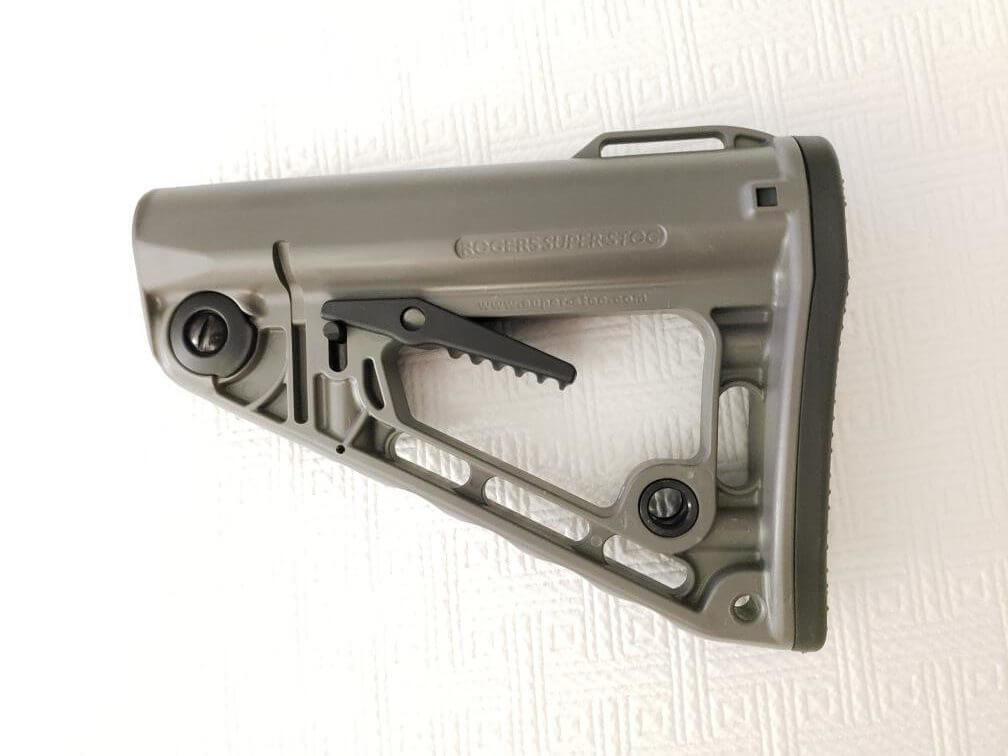 I ordered a rifle kit yesterday after reading the update post, and got a "shipped" email an hour later. For the price I had to try it. And I don't even like AR's.
B

Nabbed a halfa dozen stocks,a like number of charging handles and an "assembly mat",to chop up for cheek liners for same.

Welcome... there are some deals floating around.

I have to quit going to the site.
B

Nice. Everything as you expected?
B

These decent? Might grab a few while I still can I. VA.
D

I thought about grabbing some stuff but I hit PSA hard on black Friday and xmas sale so I need to say no.

Lineman, do you really see much happening with our laws? Dont get me wrong, I see the commie gov and legislature throwing out some crazy shit but I hope it gets smacked down in the court battles that will follow
L

I really don't know what's going to happen here. I don't think anything major is going to happen. They'll try, but like you, I think it will ultimately get shut down. One thing for sure, now is THE time to buy.

Sad what things are coming to. They may only be threats now, and won't go through, but it's coming eventually.

IF, this crap actually does go somewhere, I'd guarantee that other states will be very quick to follow. I've saw a lot on other forums blasting VA, I don't guess they realize that it's only a matter of time (very short time) until this shit starts everywhere.
B

cwh said:
Nice. Everything as you expected?
Click to expand...

Yup. Nothing to moan about for the price. The barrel turned out to be an unnamed 1:8 Wylde chamber with some cosmetic fluting. I'm assembling it onto a junky Omni polymer lower that's required some basic corrections to go together.
I'm one lost roll pin away from finishing it up and shooting it. Which has to wait until daylight, available only on the weekends this time of year.
C

Waiting on daylight to shoot, or to find the roll pin? Grin.

Good to hear it worked out.
B

Wares arrived...but I guess I only ordered (5) of each?!? They package shit exceptionally!

Durkin box is with ALL the USPS tape crisscrossed and the NewYork Jew box,has but a single strand. How in the fuck,it held together,I'll NEVER know! Little soft parcel is wrapped with tape crazy much and is a 1/5 Scale 22LR SillyWet Set. 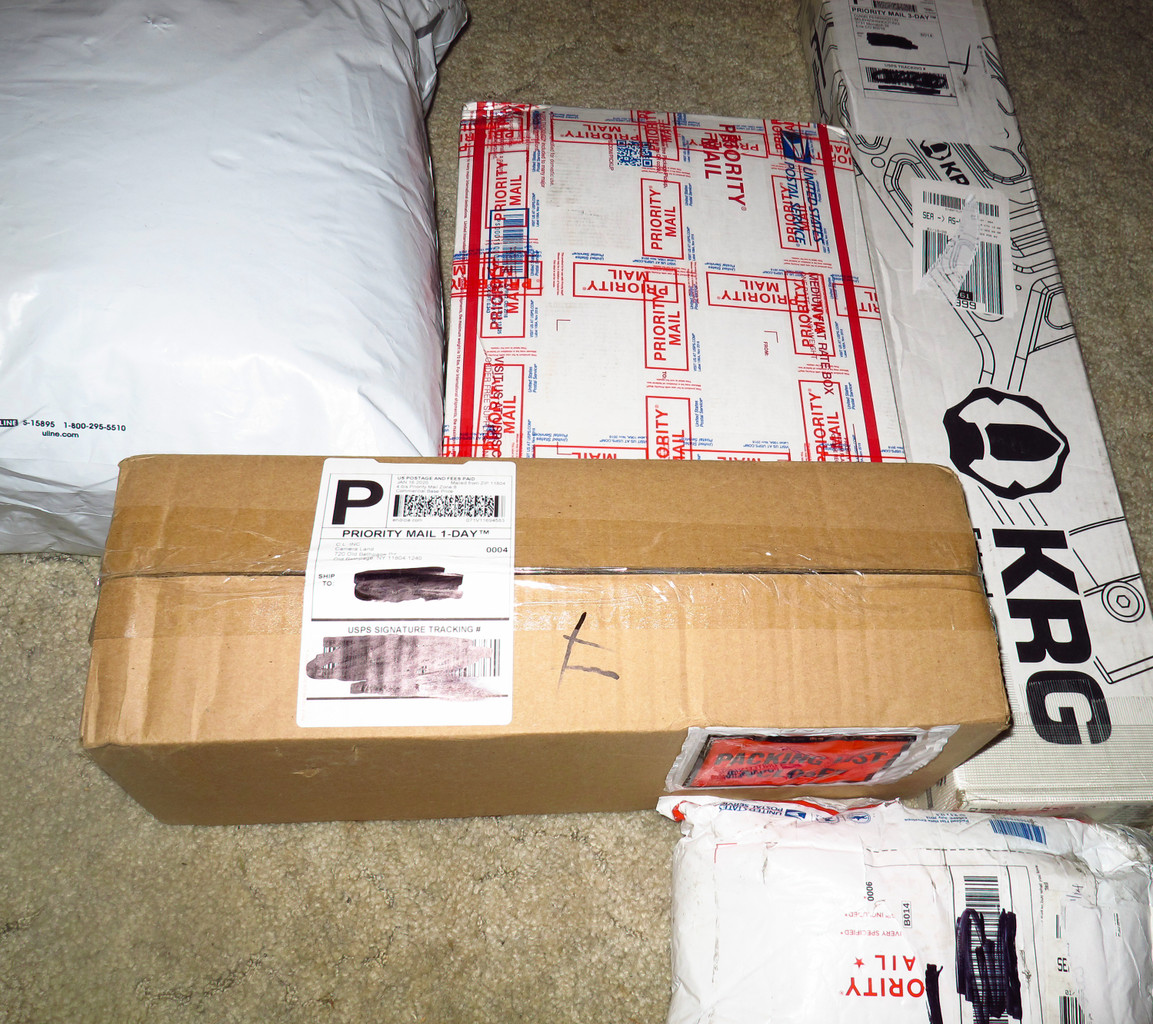 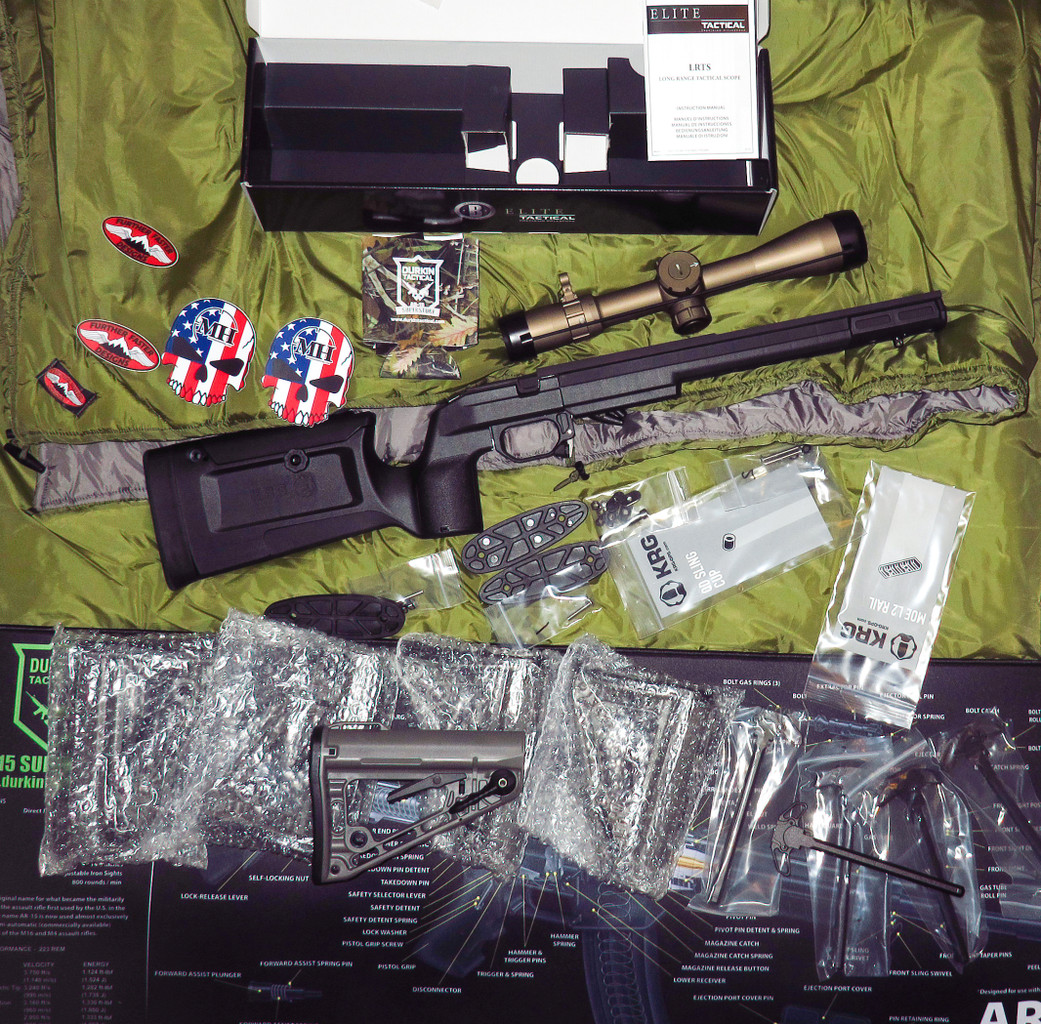 What are you putting in the Bravo? If you have mag fit issues you can slide the trigger guard forward and the forearm backward to tighten the fit if needed just discovered that on mine. Then I read the directions and by gawd they already knew that Is that 599.99 LRTS? Just put one on my .223 Faux Ti in DD lows. I kinda like the damn thing.
B

I'd never seen one of them scopes before.(grin) Just might poke The Kali Kid Fucking Krieger 22BR in that bitch,just for HerdCliptitude...as it is that time of year. 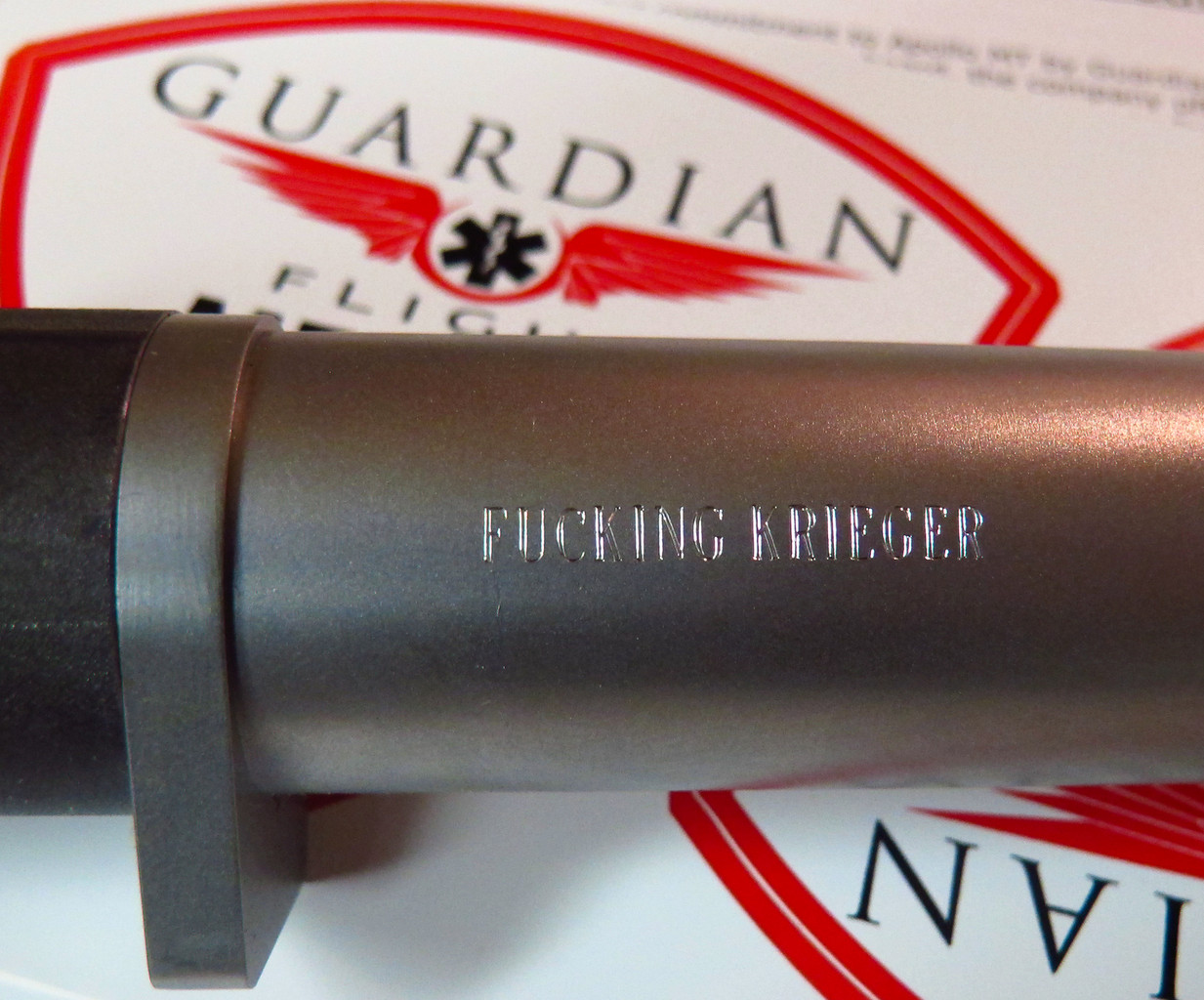 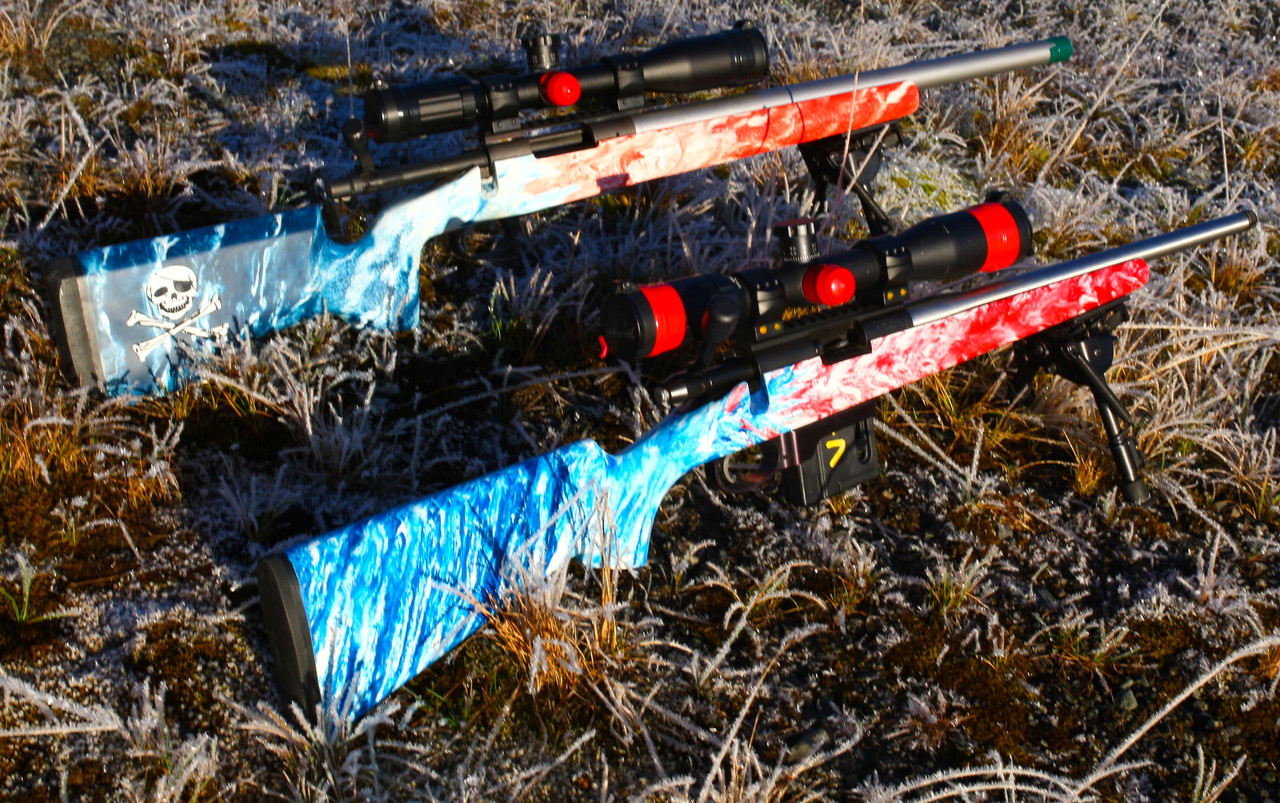 Should work out perfect.
B 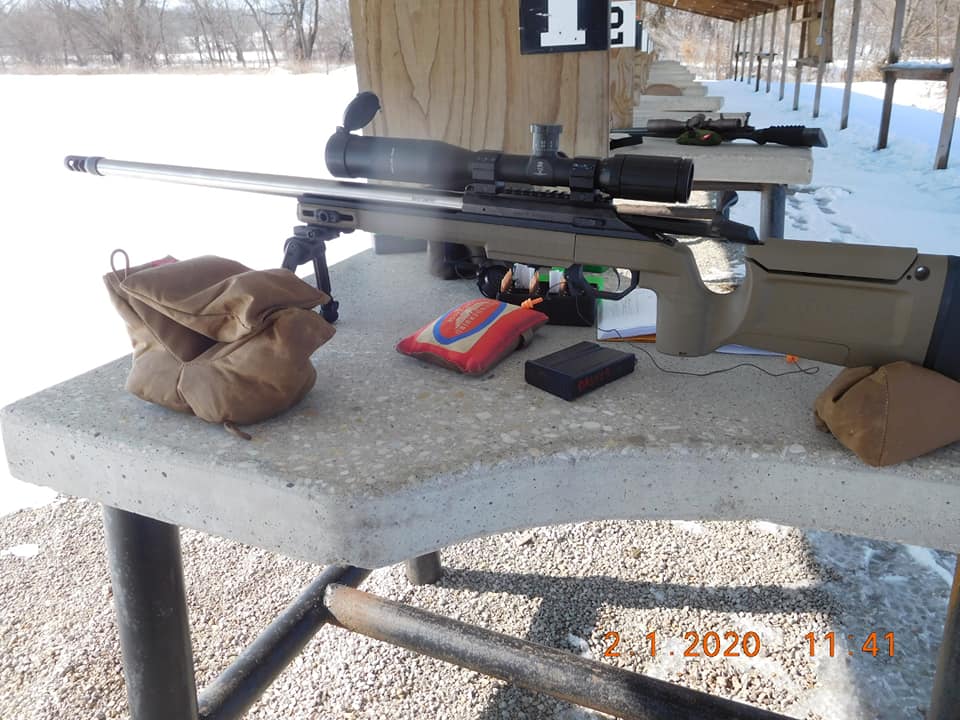 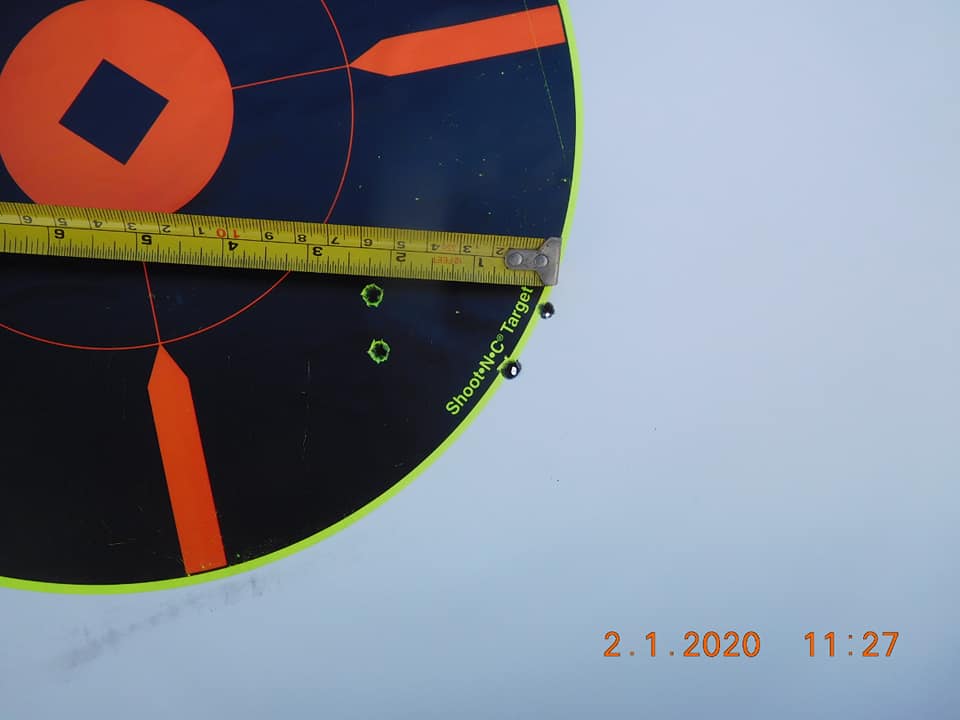 So...the $250 special managed a 1.5" group at 115 yards with the first five shots after sight-in. I wasn't even trying. And with yellow box UMC bulk 55's. I still don't like AR's, but I do need a better stock that doesn't rattle and has enough length.

Deal of the century.
B

I can't quite fathom it. Those five shots dropping into the center of that freshly painted steel was the most surprising thing I've seen in a long time. A bunch more dropping right on top was even impressive. I'm not even sure what I'm going to do with it...but it'll do it.
Last edited: Apr 16, 2020
B

Pard came over the other evening,shaking his head. He'd burned up all the ammo he had loaded for his Peezer 18" FF Wylde Krunchenticker. The target he had in hand,had (3) into sub 3/4" at 100yds ala Romeo 5...using coloration on a beer box to aim at.

My Durkin Tactical AR15 build kit did not work and the company refused any assistance whatsoever. Using my own receiver and all Durkin parts I assembled an AR!15 build kit I purchased from Durkin. The darn thing will not cycle. After trying everything I could think of to fix the non-cycling problem I brought the build to the range with my tools and a Smith and Wesson M&P AR15. In an attempt to isolate the problem I attached the Durkin AR15 kit upper to the S&W M&P AR15 lower and it worked perfectly. Conversely, I attached the Durkin AR15 kit lower to the S&W M&P AR15 upper and it worked perfectly. However, the Durkin upper does not work with the Durkin lower. It will fire once. Then the charging handle must be pulled to eject the spent cartridge and load the next round. Durkin refuses to offer any help whatsoever. They would not even suggest possible reasons for the failure. The Pictures I've attached show the three configurations described above. The only configuration that does not work is the Durkin kit.

Need more explanation as to exactly what happens when firing a round in the Durkin setup.
The lower just slaps the back of the fire pin and provides a buffer/bolt return spring.
Fire pin slapping seems to work, so that leaves the buffer.
Does the rig short cycle, not cycle at all, ect.....


Durkin upper not gassed enough to cycle with the Durkin buffer setup?

Swap buffer setups and see if the Durkin will cycle with the S&W buffer.

Either uppers have adjustable gas blocks?
B

At least you aren't over gassed.

I'd certainly pull reciprocating components and compare side by each,in mass,length and number of coils...................
C

That is kind of bizarre that it works in both combinations with other parts, but not all Durkin parts.

As an aside, I kinda like your dual vise setup there...
B