wide duplex on the fx3

heavy duplex on the m8

going on a montucky.. boat gun, stalking in the hills for whitetail rifle. circa 2010 kind of a gun. shit i shoulda had on my first 6month trip to Nz.

how do you flip pics to right side up? Tilt your phone to the side.

I am partial to the m8s, but I think I have broken both. Not sure if i have fx IIIs or fx3s.
N

fx-iii according to the pics ya sent me.
N

it's fixed. cool
B

got plenty of Super chickens to run if it won't track

montucky 308 feeds 6br flawless from the back of the mag. debating to shaen it and use it this fall or save a couple bucks and pac nor it
B

seems like shimming the front of the mag would make the most sense with how rounds are ejected.

first leupold i've owned since '08 when i was runnint transport boat out of west side kodiak.

usually 3-9 chicken for go to's. mate with some bush chicken taken with a hammond game getter. 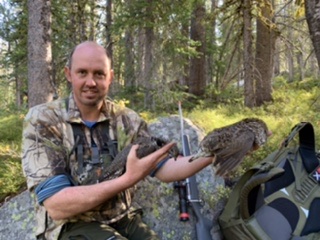 Have a feeling I did a few Posts with pics,in regards to BR'ing a Montucky.

made a spacer for a pmag and while its tough to look at, runs slick as.

seems like where the springs links in and has a fulcrum on the follows has a big input on how they run. 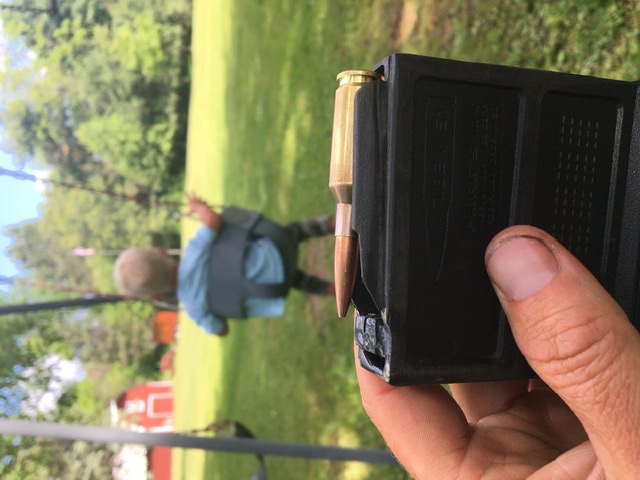 best thing about pmags is the follower and the availability/price

they seem pretty good in aics. cheap, work well and lightweight and the 6rd option is but a quick snip.

debating about 6gt vs BR in the montucky. got a pile of 6br factory fodder and dies so logistics is ez

but 6gt have enough increase in ass to negate some of the 6br rainbow with 105's.
D

I'd either straight BR or go up to the creedmoor case.

The beauty of the BR to me is its mild manners, no use trying to make it into something it isn't
Reactions: dznnf7
N

i can savvy that logic

was thinking to ease mag box shim bs, get just a bit more ass to get that 1800fps minimum to beyond where i'm regularly putting critters in crosshairs.

Once you taste a real mag,the P-mags get very funny,very fast. Especially in BR.

Cain't speak to the Gay Tiger,as I've never been there,but have been on both sides more than a few times. I'd rather BR than Kreedmire,mainly because I've multiples of each. Have much love for 270 and Seex Grendel too. The 18" 270 Montucky with 105's is EVERYONE'S Favorite and I savvy the nudge. Rather nice blend of performance,to platform,that's just funner than fuck.

.224" 88's grant a .545BC and of course a velocity advantage along with that better aero form,in a like case capacity with 105/08's. So they are flatter and drift less,while carrying greater impact velocity to victims. Recoil is less too,no matter the case capacity in extrapolation. None of it huge,but it all adds up.

As 6mm's go,I shoot the 18" 270 Montucky more than anything. In .224" I'm happy with 223,223AI,22 PPC Fucking Improved,22 BR and would just as soon leap to Speedmire from there,but gun quite a few more chamberings in the diameter. Tough to beat a 21" 223/223AI and AICS DBM AM steel 5rd mags with 88 Smooches,for Utility. You can't push 'em fast enough to get in a pickle at any distance and they are Dirty Dastardly Fucks,well beyond what anyone would begin to believe.

never tried but it makes sense.

this gun will see plenty of elk tags in its life. 108's just are too good on flesh to ignore.

i'm a big retard for 223 in fast twist and a mil quad reticle. 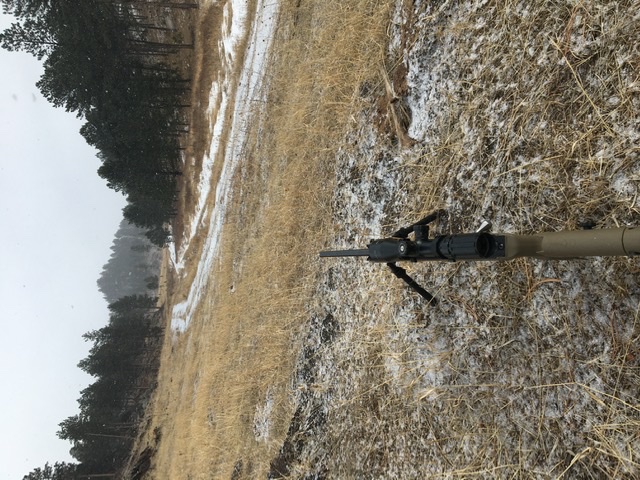 this guy had never shot a rifle past 100 yards before this shot. absolute killer with the struggle stick.

450ish yards in my honey hole 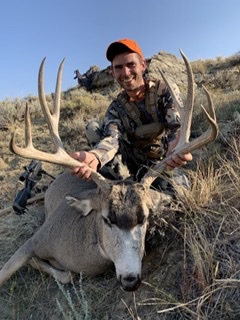 considering it's my rifle i could always use that setup, but i've always hankered after a soft shooting sub 6lb rifle. no brainer would be 22br, but considering regs and common sense a small jump to 6mm cleans up some nonsense in one fell swoop.

man we had a riot with the grandkids last night. plethora of platforms but heavy on the 22lr. glad it got stocked deep and cheap when the sun was shining during the trump years. that ruger wrangler is a lot for a little as a plinker, 317 now that i got it fixed is beyond a hoot but the nordic 22lr upper with a romeo 5 as usual makes 7 year old look like hatchcock.
B

'17 is tough to beat in a 243 with 105,08/10's. I prefer the Seex Kreedmire,obviously due like capacity,but a shorter case,which "stretches" COAL latitude. Have both in FC's.

Sister prefers her Grock 44 to her 317 wearing CT grip and I don't get into the why's or what's,but have been shooting THE fuck outta the 3" 317.

Never had a Nordic,but drive a Peezer with Romeo 5 and nobody is tough enough,to not grin while shooting same. CMS Flatty doing nice things there and I can play whatever tune,someone wishes to hear.

been pleased with the larue 2 stage flat face trigger. last time i counted this example has about 8k rounds through it. mostly on the nordic.

i shot my 317 cylinder loose at about the 10-12k mark. got her fixed and she's not perfect on DA with all ammo but damn close enough.

can't get my mind wrapped if i want to 22 or 6br the newest montucky. a guy gets spoiled with what 223 do to on the pad and on critters. got a good pile of loaded lapua 105gr scenar. can't decide if i'd actually trust a known "hard" bullet down below 2000 fps with a lung shot.

had another big shoot off fest. pics but i think a couple siblings don't want their kids posted on internet. fun to watch kids hit steel further with a 22lr then their dads could hit with the deer rifle.

all the while with cci SV, swfa 6x and a couple 2 minutes of instruction

doesn't suck have 50 nieces and nephews. but damn we been burning through the rounds.
B

105's are nice at all velocities,because you never gotta fret a zook. I'll take known penetration,all day and every day on Critters.

fvck all that noise uploading pics on 24hour

but ur talking billabong glass. from before the '17 quake. Need to dig through 35mm stuff and find a picture of me standing on a Cod End,with a 150,000#+ Midwater Tow afloat in the piss flat Pacific.

Hadta' slice meshes and bleed victims out of net,as the bag slid up the stern ramp...long before popping The Pucker String. Strange to be concerned with being killed by an avalanche of fish..................(grin)
N

got it sorted. 7 twist 6br from pac nor. lightweight profile.
D

That will be a dandy
N

if she's feeding and extracting good as gold with factory 105 lapua 6br fodder in the 308, any reason to even dick around shimming mag box?
D

I can't see why, you can always shim it down the road if issues come up.

Is the PACNOR gonna be their LW contour or a Montana dupe? How is their turnaround time looking now?
N

pac-nors lightweight profile. debated about a factory dupe and reduced shank but passed

quoted me on the phone as 6 months

saw some leupold backcountry versions of talleys. might not be a bad option, can't be worse then extruded talleys.
B

you guys are the damn good idea fairies. considering i already threw a deposit down.

the LRI guys quoted me 800$ and 2 weeks turn around with their local supplier of pulled rifle blanks. they have treated me well in the past.

but with my lifestyle, i'm not "home" till august. nephew won't show up with scope until end of summer when he's done building the cabin in the revelations.

already got enough bang sticks in-tow to keep it fun.. plus the first 5-6 hunts will be 223'd so no hurry. babes due mid september so it'll be private land tag fills for the most part till elk opens.

wife's log got hammered in a hail storm. got a quote, 14 months and 2k delivered. eff that. i'll be huffing poly shortly, and getting itchy. Lol
You must log in or register to reply here.
Share:
Facebook Reddit Email Link
Top Bottom