Thought I should mention this... BladeOps has auto converted Bokers for not too many dollars with S30V.

The strike actually fits the hand well, and is a nice size. It fires with authority, and has a bit of recoil....grin. Tends to go off in the pocket (twice for me) so you will want to use the safety, which works well. I suppose a clever guy could grind a bit off the button to make it sit closer to flush. 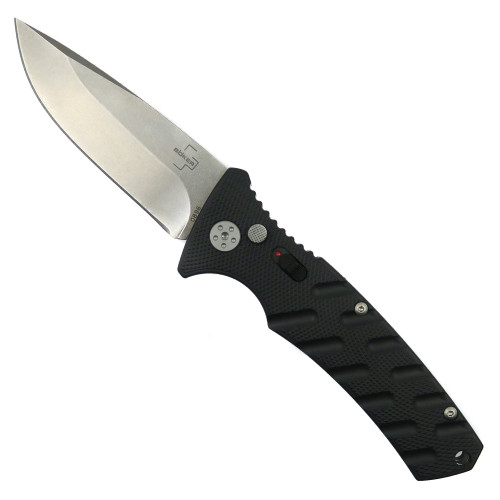 Boker Strike Auto Knife, CPM-S30V Stonewash Blade [Exclusive]. The Boker Strike automatic knife is one of the most popular side open automatics on the market today.

The mini k is a little more mini than I thought it would be, but hides in the pocket. Scales are chunkier than I would like, but I'm getting used to it. Release requires a FULL push of the button, which takes a bit to get used to, but also prevents ADs, and as such is appreciated. 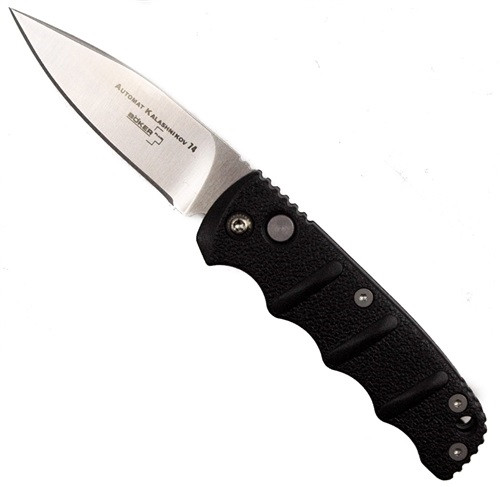 Boker Mini Kalashnikov Auto Knife, CPM-S30V Satin Blade. The Boker Kalashnikov automatic knife is one of the most popular side open automatics on the market today.

Both are push to release and push to fold, so the same button fires it and lets you put it away. The lock on the strike also keeps you from folding the blade on your hand when engaged while open. Both have open backs that you could throw a cat through, so don't appear to be too bad to keep cleanish. BladeOps shipped fast and free to AK.

Both blades shown below to the sides of the R2D2. 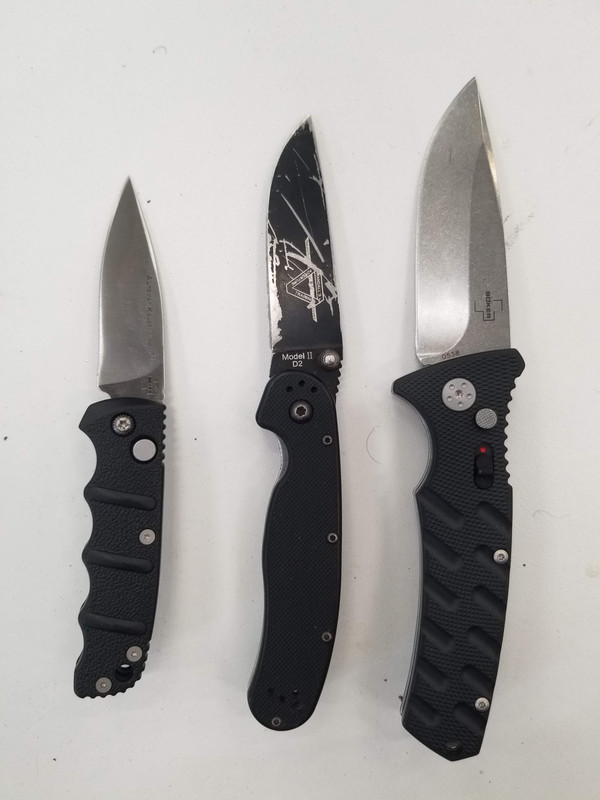 I didn't know I needed more knives...and now they're both ordered...

Glad I could help!
T