Wanting more than 6x on a Montucky 7
Wizzum. Looking at a samplelist SWFA 3-9 and a cameraland Bushy 3-12 LRTS.

Mine wears a Bushy 3-12 LRSTI at the moment and I like it, I have SWFA 3-9 on the way , not sure what it's going on yet. I have a 3-15 SWFA on a fieldcraft and that tracks absolutely perfect.
B

For me, the camera land price makes it a tough choice.

Normal price is a different story.

I have more time with the 3-9, and have that scope on more rifles than anything.

The LRHS/TS is a step above in low light. Tracking/RTZ seems equal. Adjustable parallax doesn’t matter to me on my hunting rifles.

Either blows away the fixed power SS line. My eyes don’t like them at all in low light or ‘grey’ light. I’ve replaced most of them on my rifles.

For me, I’d pay $250 more for a Bushnell over the 3-9, but there’s no way I’d give close to 1k for them. Either should be able to handle anything I’d ever need a hunting rifle to do though.
B

I do that also and that’s why I like the 3x9
When set on 6x it’s reticle seems just a little heavier and easier to see in poor light
But, I almost always dial to 9 when given the time and any distance is involved
R

Snowing/BLOWING at your house? Good one here.

Big Stick said:
Snowing/BLOWING at your house? Good one here.

I'm not convinced of the 3-9's either. I haven't had any issues, but really don't know if they're worth the cost when I can 6 and 10x and have complete confidence for half the price. In fact, I've got another build or two on my mind and one each 6x and 10x are atop the list for glass. I guess that's a good thing for my wallet...
Last edited: Feb 4, 2020
K

I do like the 6x. It flat out works and I dig it down low, but on the mountain I have wanted more Xs. A slightly lower profile doesn’t hurt my feelings either. The mq reticle is more appealing to me, but I’ve also been tripping over the idea of illumination for another $100. Pretty soon lingering is going to bite me in the ass again...
B

dakotagun said:
I'm not convinced of the 3-9's either. I haven't had any issues, but really don't know if they're worth the cost when I can 6 and 10x and have complete confidence for half the price. In fact, I've got another build or two on my mind and one each 6x and 10x are atop the list for glass. I guess that's a good thing for my wallet...
Click to expand...

The increase in erector travel and added parallax,really slams the door for me.

I've seen increased X's hurt Production,a LOT more than they "help" and Im still never not wanting all the feedback I can get,due both trace and impact.

ktnlocksmith said:
I do like the 6x. It flat out works and I dig it down low, but on the mountain I have wanted more Xs. A slightly lower profile doesn’t hurt my feelings either. The mq reticle is more appealing to me, but I’ve also been tripping over the idea of illumination for another $100. Pretty soon lingering is going to bite me in the ass again...
Click to expand...

It really don't take many X's,to place a reticle reliably on a victim needing a tag.

Often interesting to grab a couple guys and more than a few rifles and take a spin,to see what actually do what. Especially so,when like chamberings,like bullets and like speeds are represented and different X's are incorporated. Done it/seen it a bajillion times and tunes change,but the X's are largely moot in the equations and it's entertaining,when folks come to those realizations.

Now if a guy is trying to clean a 1/4" KYL Rack at the 200yd line,against a challenging background,you're gonna want/need the ability to resolve same. Most Critters are greater than 1/8 MOA however.(grin)

There's some nice illumination now and in yesterday's weather and what thus far appears to be Today's weather conditions,such things can't hurt the equation. I REALLY love Illuminatti illumination,as it's finite when wanted and easily controlled and the extry battery compartment is magnificent. I'd rather that and it's 4x MQ on a Utility Rifle,than a 10x MQ.

Main thing is,I simply get to shoot a bunch and in differing conditions,so I can largely make a bullet do what I want,whenever I want and especially upon Critters. Chasing a skillset,in absolute horrid conditions on purpose as practice,is gonna reduce connect percentages for Play,but upsize same for Critters,because you know well in advance,what can be done with a given platform,in given atmospherics...which just might be THE reason to practice.(grin) Same goes chasing DOPE,on the otherside of a Transonic Slip,as stability goes out the window. The more you can KNOW,the more GUESSING sets on the shelf,only to be retrieved for Giggles or R&D.

Most folks are wayyyyyyyyyy underboolited,wayyyyyyyyyy over X'd and wayyyyyyyyyy under of amassing the Trigger Time,to realize things which are so glaringly obvious. It's easy to watch and know in the flesh,who's done their homework or not and in all facets. How to set up a shot,how to read wind,how to arrange POA/POI,the very basics are unwavering in their feedback and Score Card.

The difference in platforms,eating up the 5 Mils of visible MQ windshield,as per the atmospherics of the day...which prolly weren't favorable.(grin)

not where I want to be

Maybe not popular here, but, those open box 3-10x42 Nightforce SHV's for $699 w/Forceplex reticle are a solid scope. Wish I'd been able to nab a few more before they discontinued the IHR reticle but the Forceplex isn't a bad choice at all.
B

Just hard to go backwards to SFP and NightFarce REALLY struggles with reticles.

I'm tempted to buy a Tactacam,just to see WTF...but would like to see one first.

I much prefer the IHR W/reference pints @ 3/6MOA for Windage.

the Forceplex w/2.5MOA duplex subtension is fast and useable. Back the power ring off to 5x and the duplex references become 5MOA wish is still useable .

I dial elevation independent of reticle.
B

A static constant shore is nice for Movers,Wind,Breath Holders and the like...no matter the magnification. As is Beaver Dope corrections.

Typical scenario to employ all on a given outing,then there's The Herd Factor and the ease of applying Ocular DOPE,to the reticle,whether the erector has been corrected or not.

None of it can touch a simplistic 6x MQ,which kinda comes full circle and prolly by design.

Now as SFP Variables go,I can hold The Super Dumplin' 3-15x DMR2 like a rock. 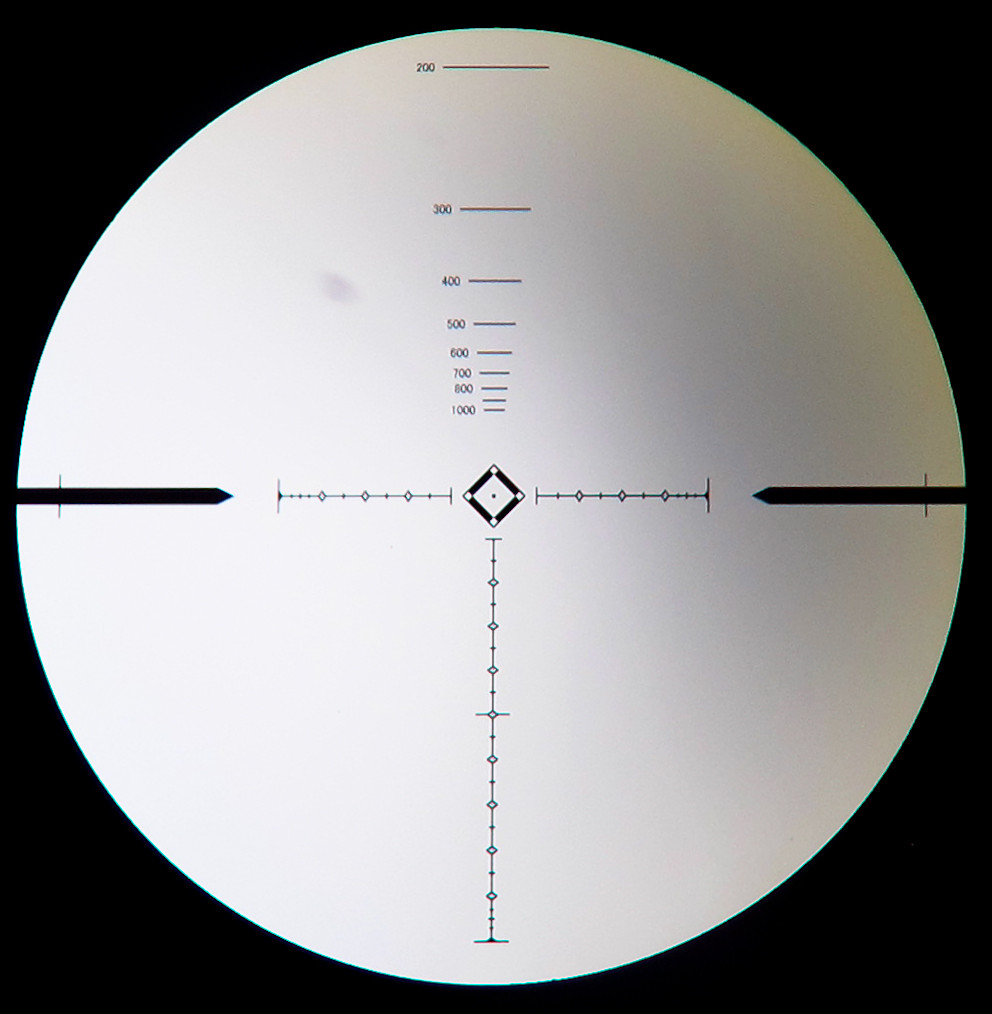 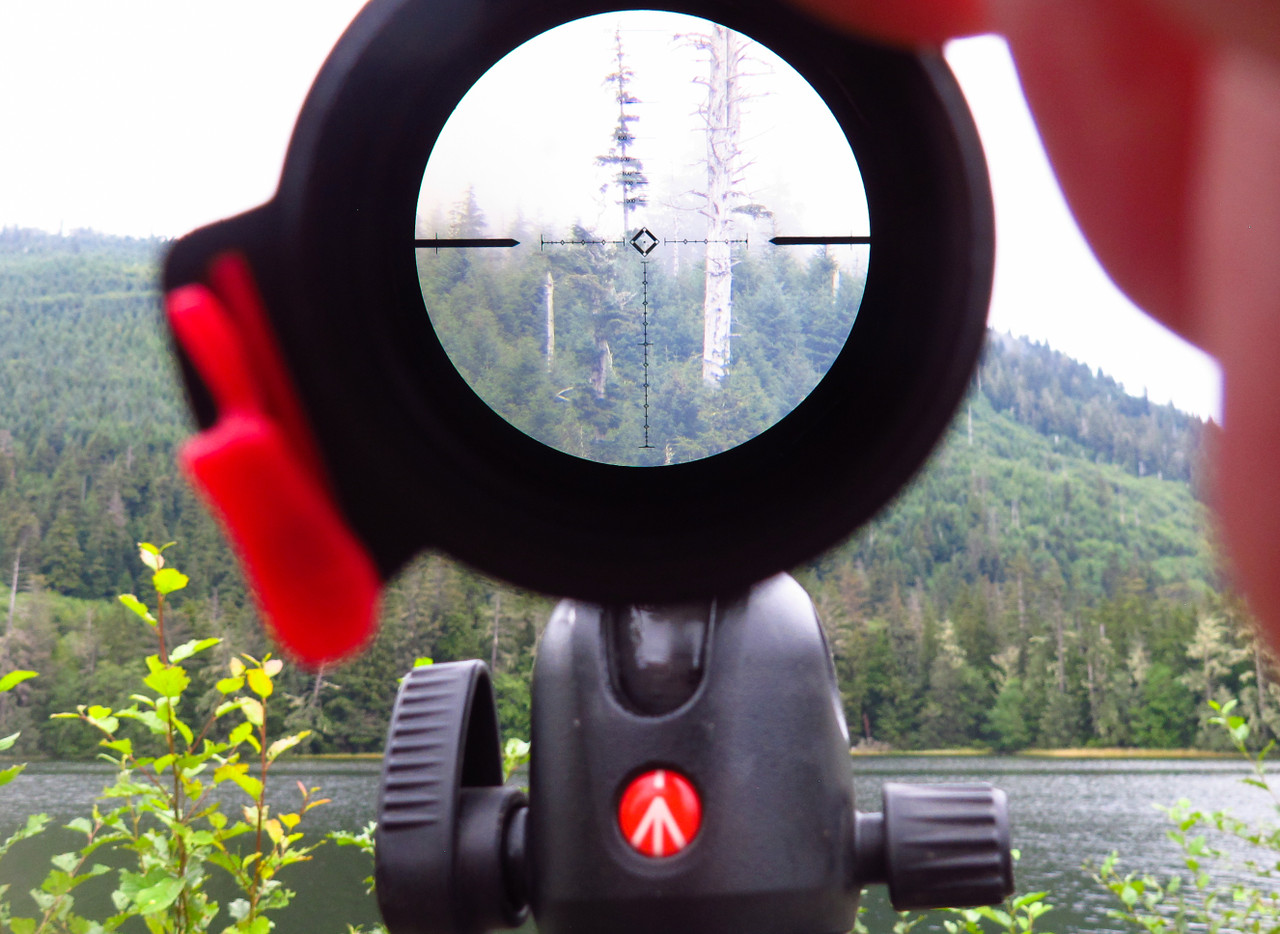 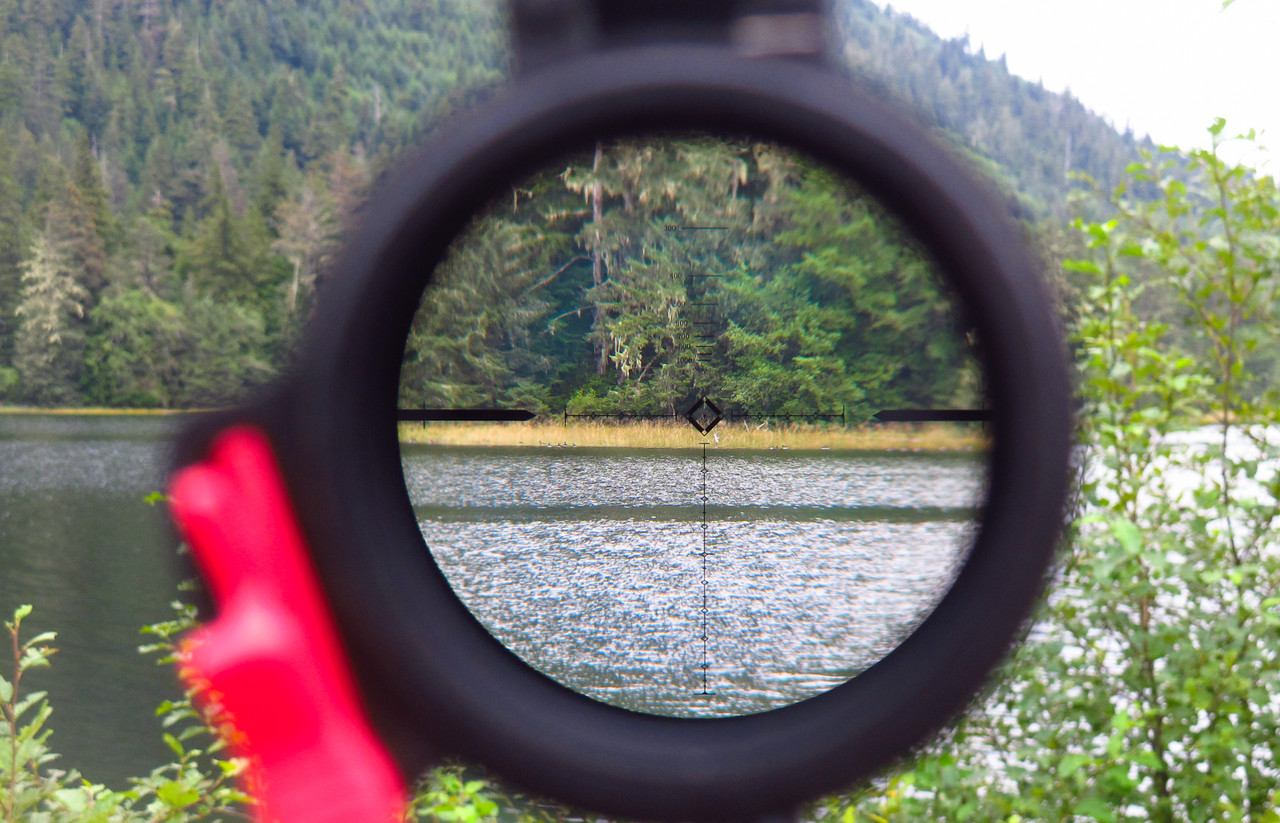 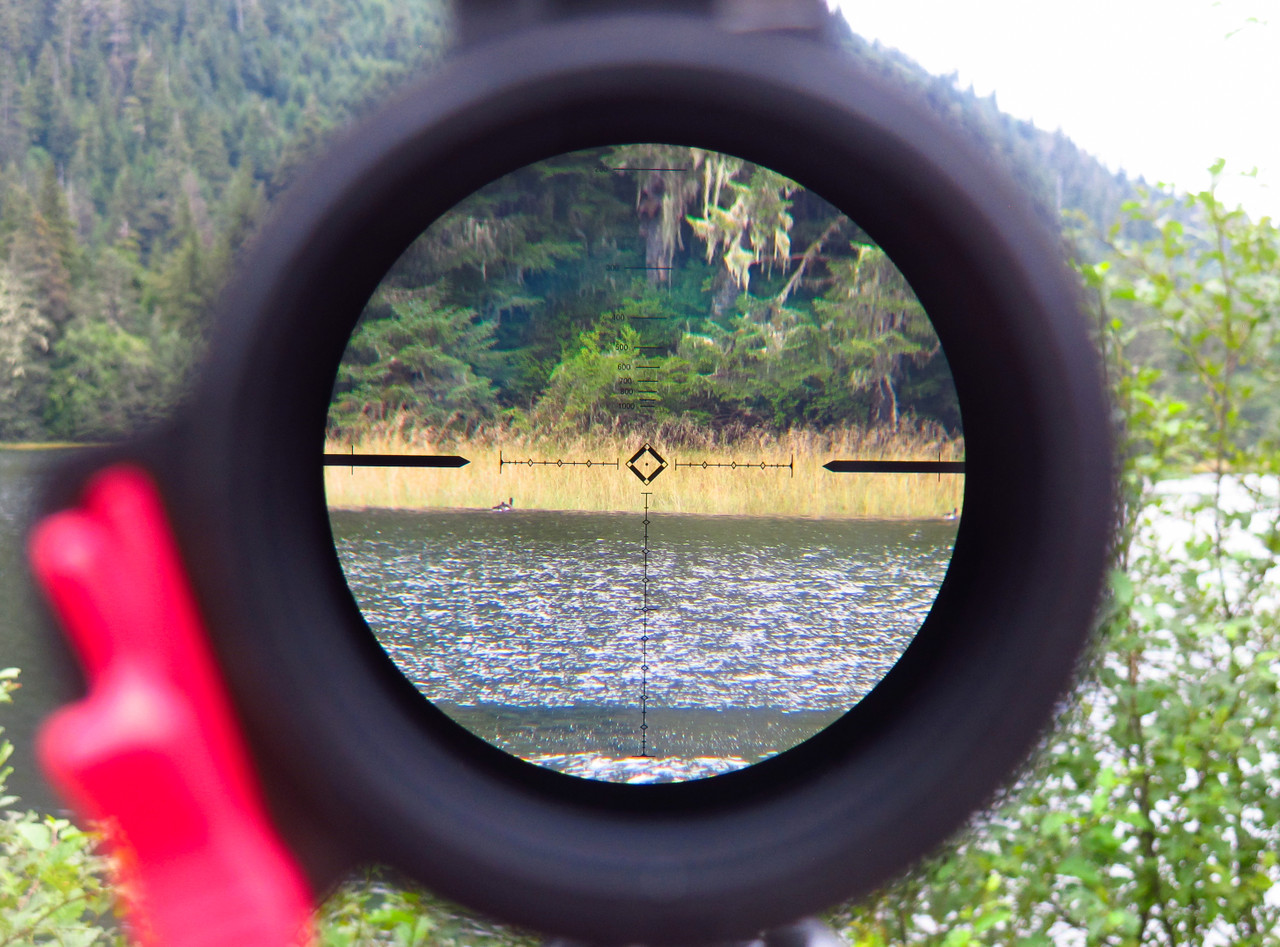 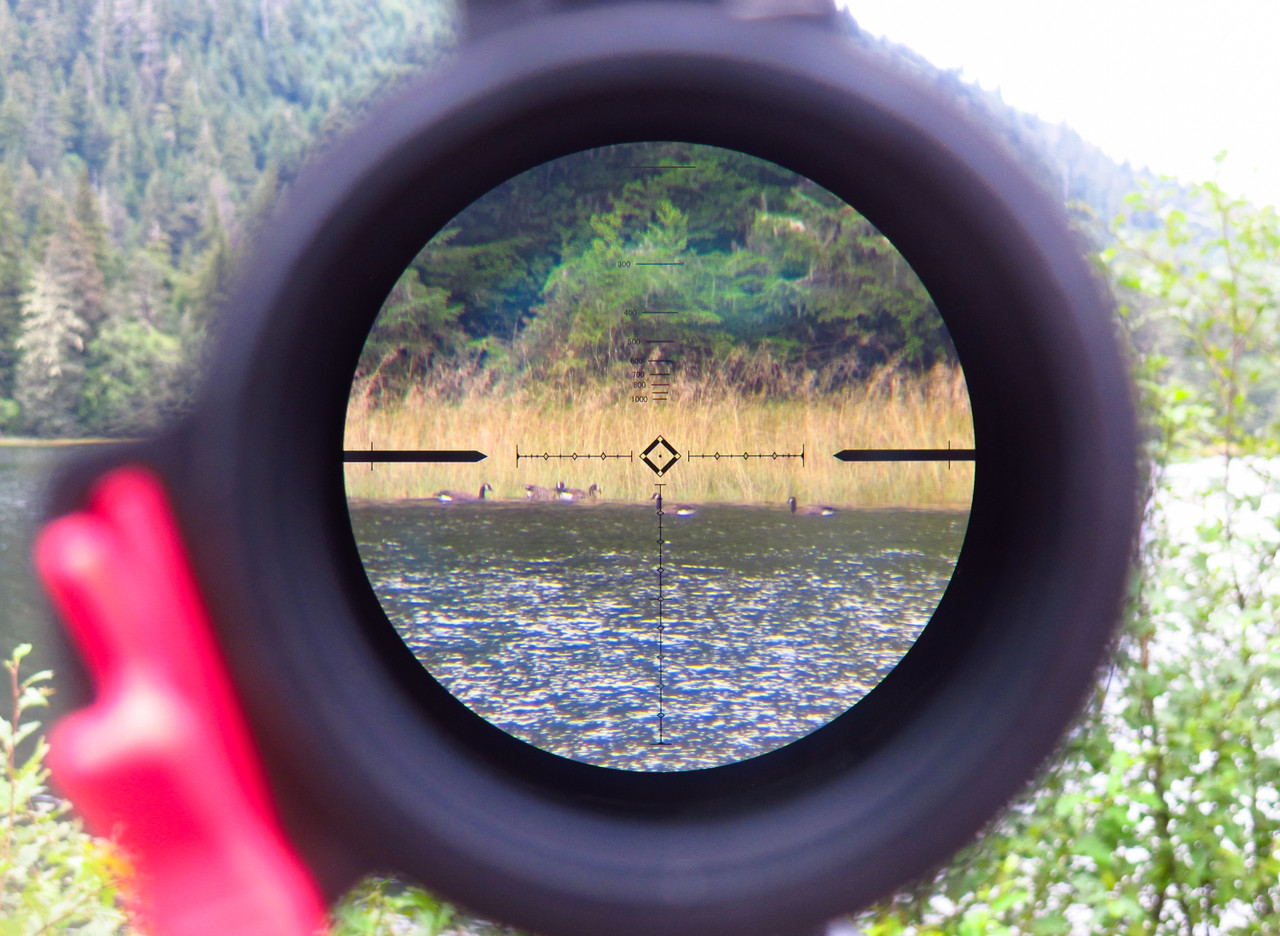 I’ve hunted a bunch with the Montucky in 7WSM wearing both the SS 3-9x and the LRHS 3-12x, and while the 3-9x is a fantastic meat scope, unless I’m trying to cut ounces the LRHS is the easy choice for me.
B 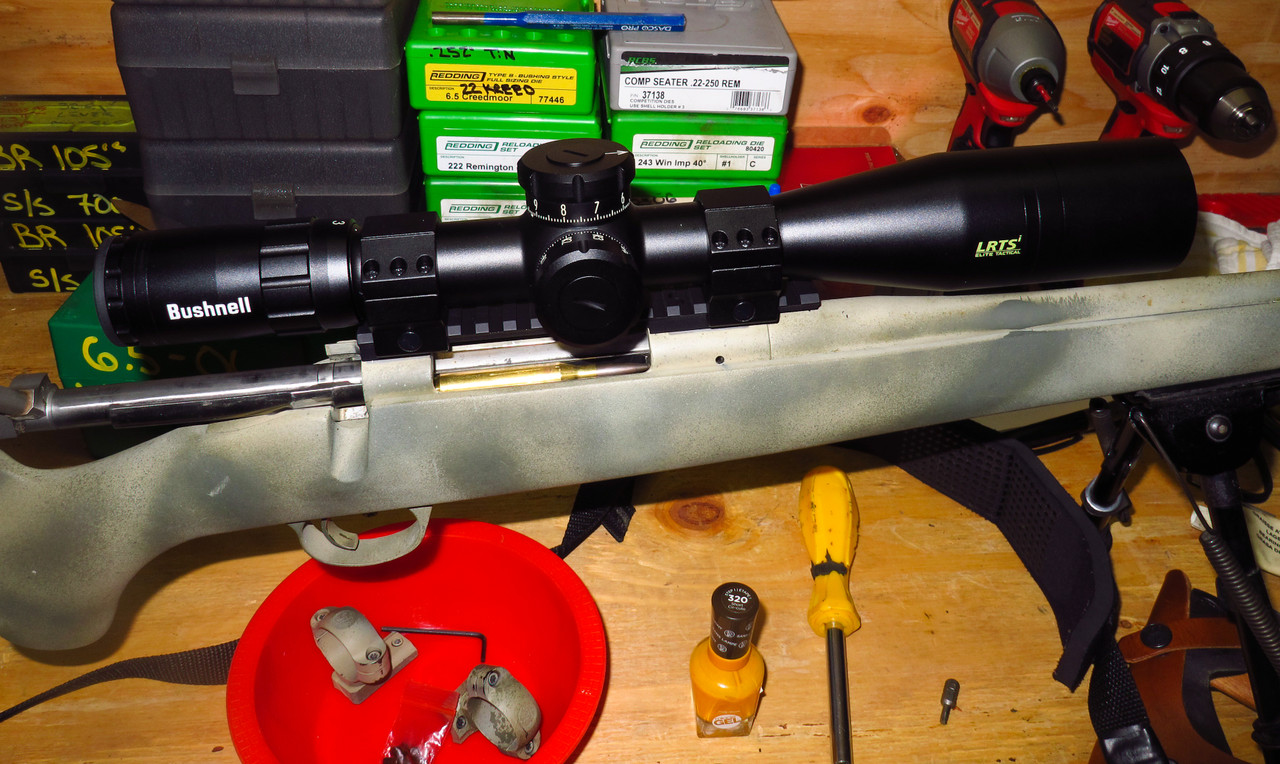 Part way there...but the FTS LR Package was what I had in mind.

I got an LRTS on the way. I can always go back to the 6 and then I’ll know what I’m not missing.
B

I’ll keep that in mind. I’m light on scopes these days. Especially since I’ve learned how “good” my reupolds really are.
B

Great mechanics...will simply make you HATE everything else and "glass" becomes the least of concerns. 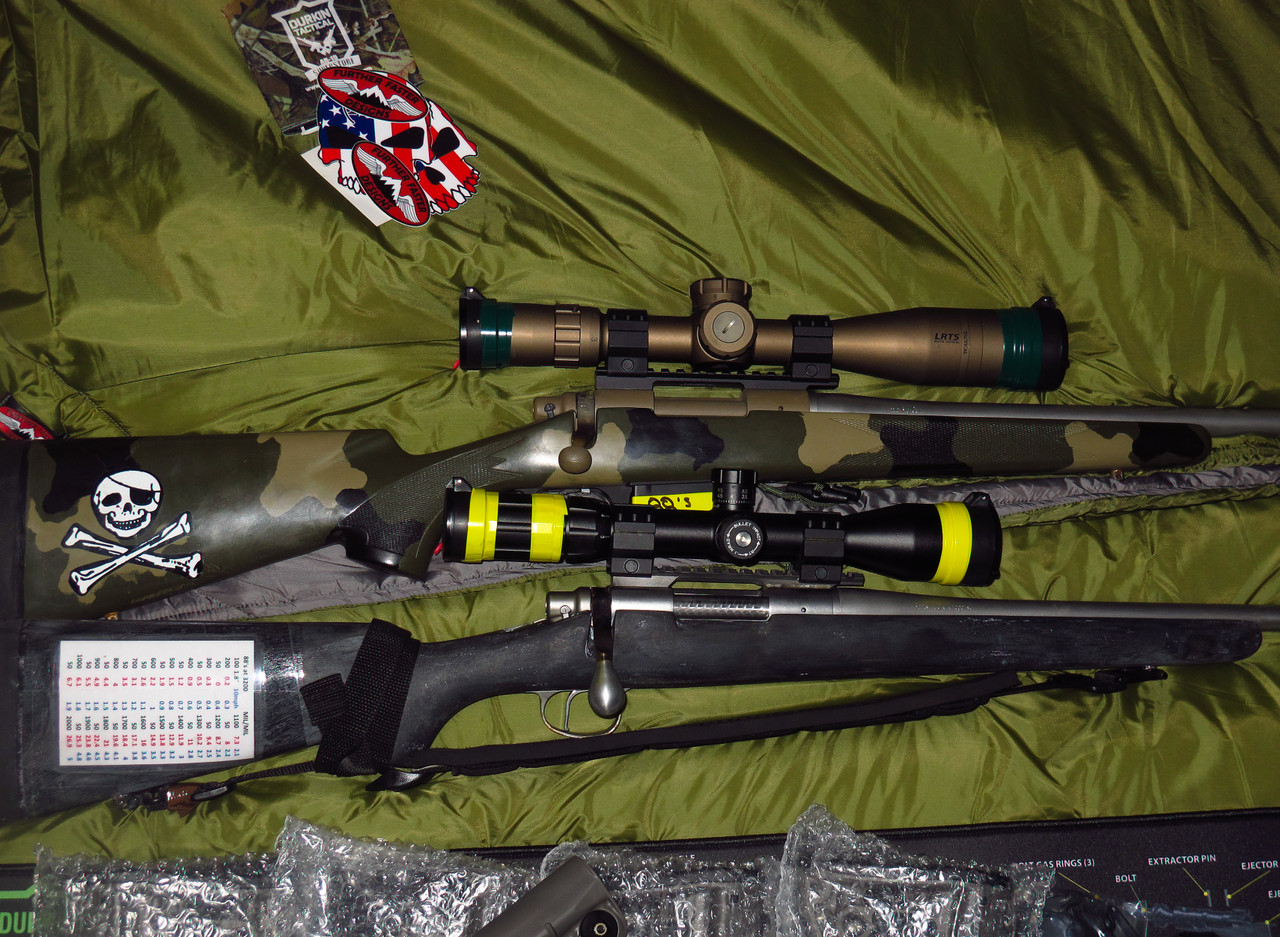 The LRTS's locking windage and zero stop,ain't gonna piss anyone off...nor will parallax adjustment and increased eye-relief..................
B 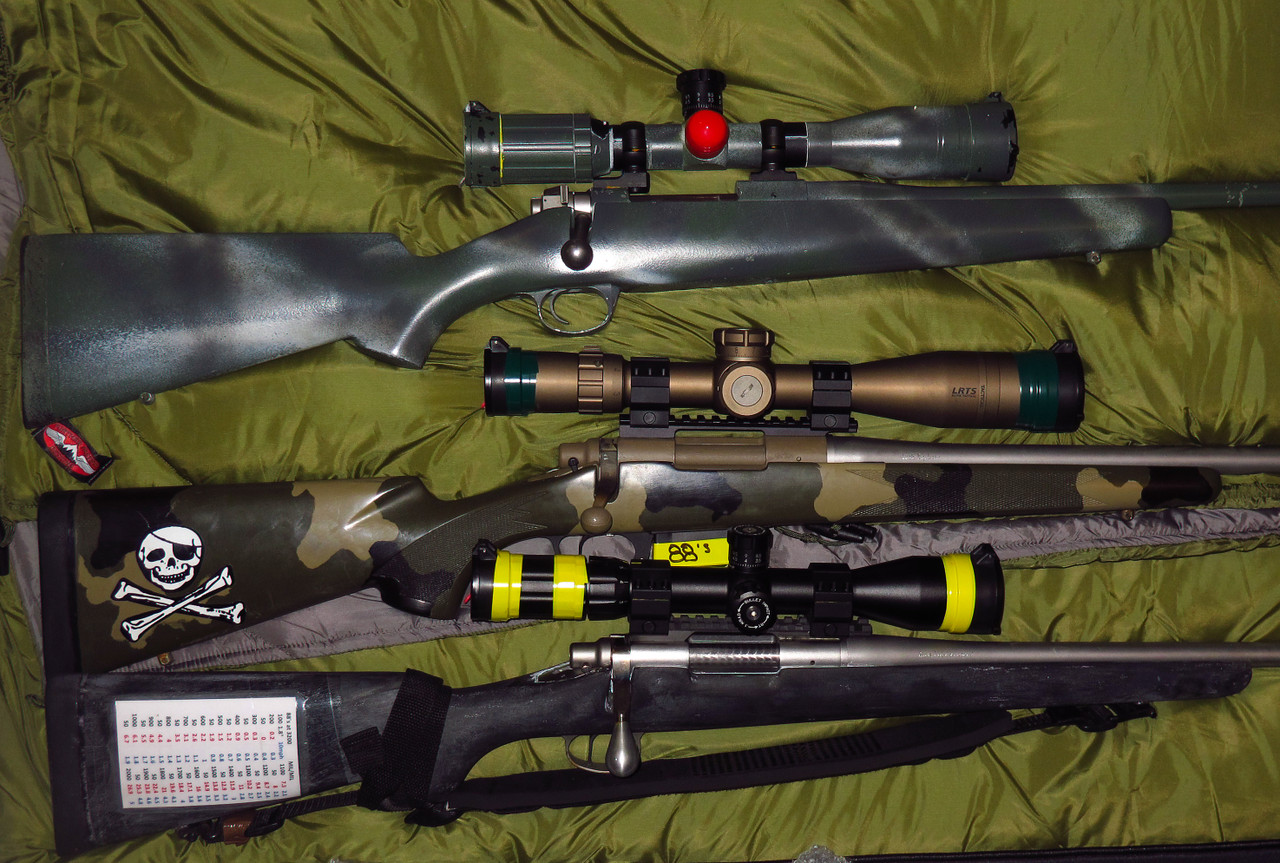 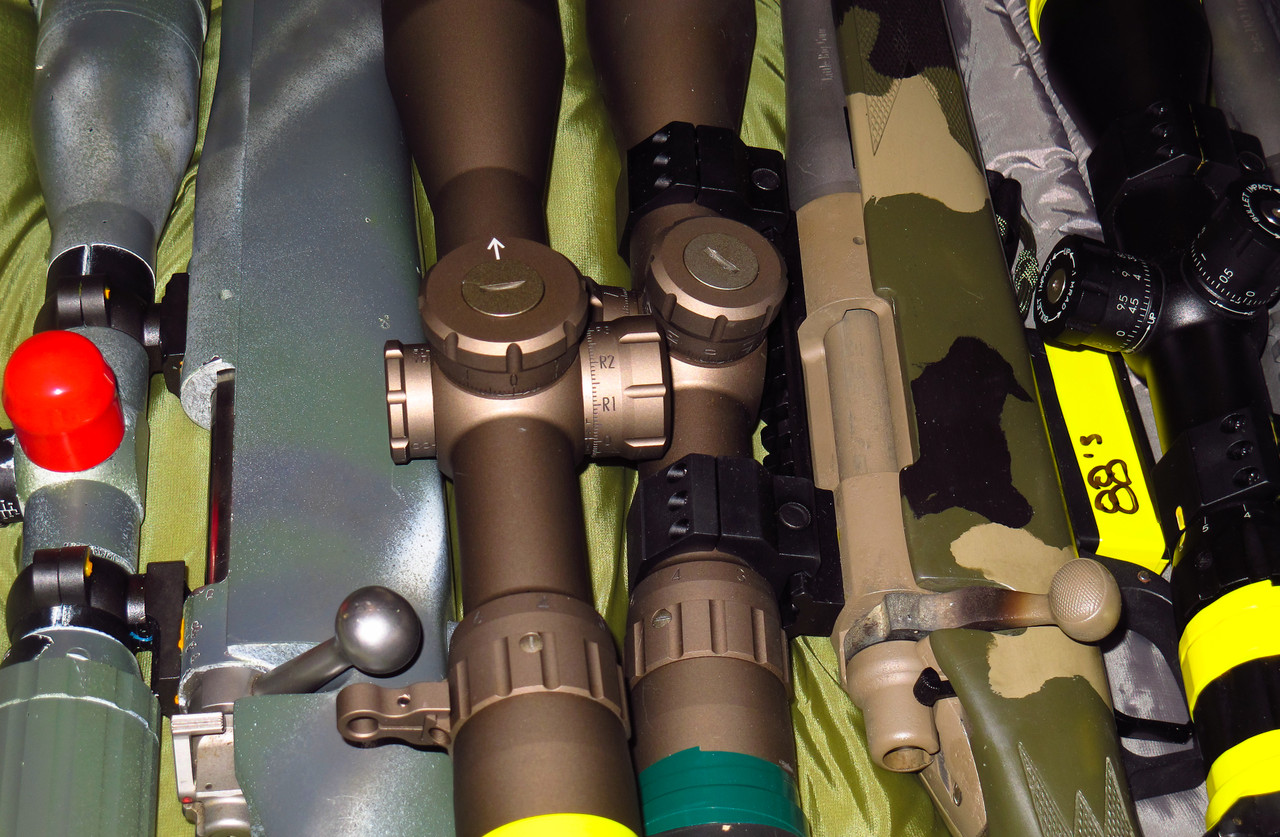 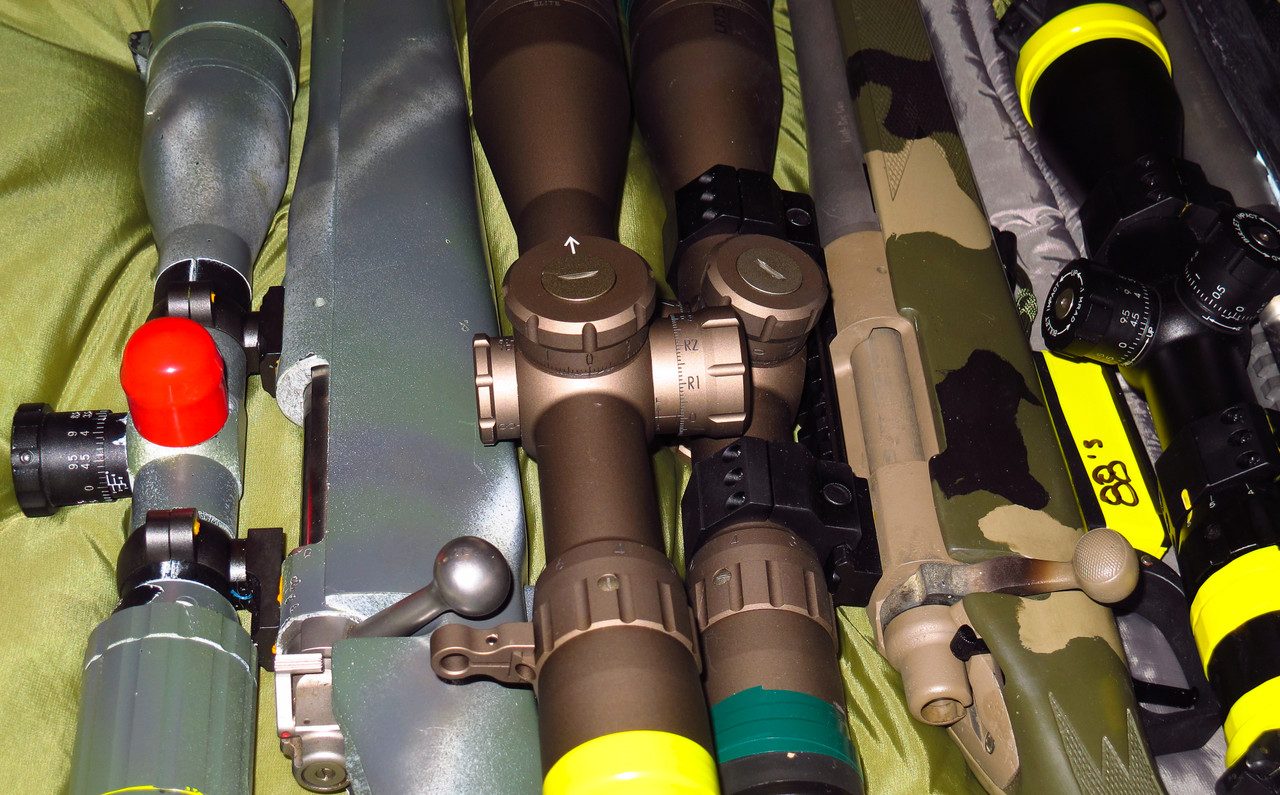 Anyone know where the best deals are had on the Bushy's at the moment? 3x12 model ideally
B

Gracias...I'll snoop around over there
K

That’s the deal I got. Mentioned that they were $50 cheaper last time I looked, but that didn’t help. At least I got free usps Shipping.
B

Someone had one up for sale on the fire for $599.00 a couple of days ago. Im sure it got snagged by now but you might check
B

Yea i got in on that sale at the last minute as well. I think the guy on the fire just decided he didnt like it. Im pretty happy with mine. So far it has tracked well and is easy to get behind even on 12x.
B